Murray should shoulder some blame: UMWA

UNITED Mine Workers of America president Cecil Roberts says Crandall Canyon owner Murray Energy should take some of the blame for the events that have trapped six miners underground and stop deflecting attention away from the companys responsibilities in this tragedy.

With both Roberts and Murray Energy head Robert Murray in the spotlight following the August 6 incident, Roberts responded to the comments in a statement Thursday.

“From almost the beginning of the tragedy that continues to unfold at the Crandall Canyon mine, Murray Energy CEO Robert Murray has blamed everyone but himself and his company for the situation at that mine,” Roberts said.

“This includes several statements to the effect that the UMWA has an ongoing organising effort at the Crandall Canyon mine, and that we are somehow responsible for any and all bad publicity he and his company have received regarding Murray’s operation of that mine.

“Any statement by Mr Murray or anyone else to the contrary is a lie and designed to deflect attention away from the company’s responsibilities in this tragedy.”

Roberts noted that the latest sounds heard at the mine had given everyone renewed hope for the trapped miners.

“The UMWA joins with the families and the entire nation in sending our prayers to the miners and our hopes for a quick rescue of these brave men,” he said.

“That is our focus and should be the focus of all right now. The time for examining what happened at the Crandall Canyon mine, why it happened and what role the decisions made by Murray Energy management may have played in this disaster will come later.”

Just after the incident last week, Roberts released a statement on behalf of the union committing its aid if and when needed.

“The hearts and prayers of every UMWA member are with the families of the trapped miners and the courageous teams that are trying so hard to rescue them. We hope and pray that they will be successful in their efforts,” he said.

“The UMWA stands ready to lend any form of assistance that may be required during this very difficult time.”

The coal mine worker landed on his shoulder in the fall. 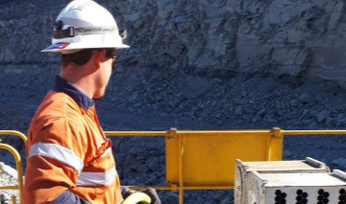 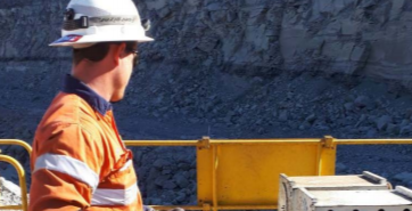