A 220km pipeline that extends from Burdekin Falls to Moranbah has been officially opened in a bid to supply a reliable water source to the region. 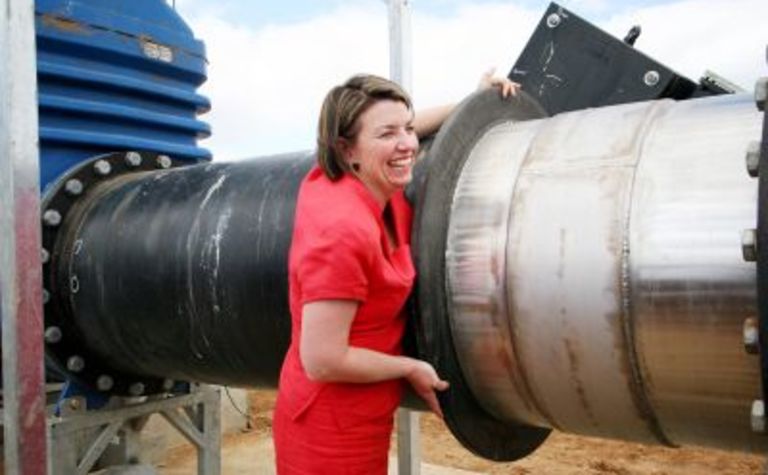 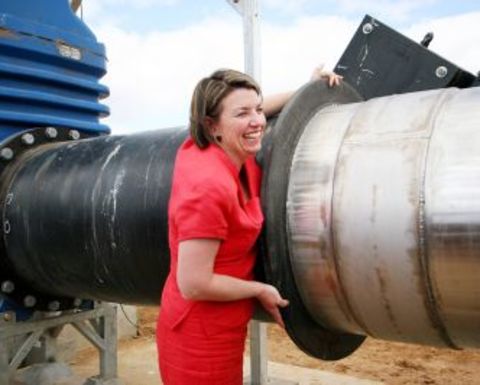 The pipeline will deliver 17,000 megalitres of water a year and has the capacity to boost supplies to up to 23,000ML if needed.

Approval was finalised through the Queensland Government in 2005, with finance for the $A300 million project secured through contracts with SunWater and the six foundation users.

Queensland Deputy Premier Anna Bligh officially opened the pipeline on Thursday and declared it will help boost coal production in the drought-stricken region by up to 60 million tonnes a year.

This could result in up to 4000 jobs being created.

The pipeline will also boost water supply to the Moranbah township, which is currently under strict water restrictions, by 1.5ML per day.

SunWater CEO Peter Noonan said the pipeline is part of a total water supply solution for the Bowen Basin and SunWater will carry out further investigations into a Connors River Dam project which will deliver further water security.

"Our staff had to battle tough terrain, blistering heat and isolated conditions to ensure this pipeline was laid in time and I commend them on a job well done. Construction crews laid pipe at unprecedented speed averaging 1.1km per day for nearly seven months to allow the economic boon of mining to continue," Noonan said.

It begins at Gorge Weir and joins the Enertrade Gas Pipeline route before cutting east to join the route of the existing Eungella Pipeline to Moranbah.

Additional works are underway to extend the pipeline to Dysart and are expected to be completed by October.