THE concept of automated mining systems is becoming increasingly attractive as the scarcity of skilled labour escalates, and safety and production pressures continue. 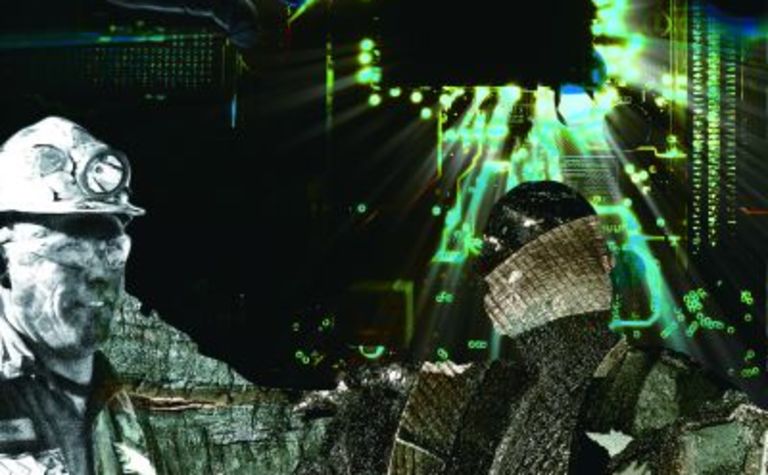 On the face of it - pun intended - automation in underground mining could generate similar fears to those held by factory workers in industrial revolution-era England, where mechanisation meant mass redundancies.

The reality, according to those working in the field of resources automation, is not one of reduced staff; rather automation brings increased safety and productivity through better working conditions and more accurate mining methods.

According to the CSIRO, in the next 10 years integrated real-time knowledge will transform mining decision making and automation processes, opening the way to the automated mine which will increase productivity and safety.

The organisation said in a statement that generating this knowledge would depend on harnessing advanced communications technology for mining applications and the development of new sensors to enable autonomous equipment operation in hazardous and constantly changing mining environments.

The technologies associated with highly developed automation systems would also benefit the area of personnel tracking, environmental and geotechnical monitoring, equipment control, tele-operation and traffic management, contributing to the automation equation and allowing workers to operate mines from safe environments and achieve consistent and predictable outputs.

Among the more progressive mining sectors in using automation is longwall coal mining.

Chad Hargrave, a senior project engineer who works in the Mine Automation Group, a division of the CSIRO, told MiningNewsPremium.net one of the fundamental aims of mining automation was to get operators away from the mine face.

"The fundamental drivers of our automation projects have not been about replacing operators so much as getting them out of unsafe situations.

"Of course, safety is immediately related to productivity and that's the bottom line as far as the mining company's concerned, so that's sufficient motivation quite apart from the fact that you shouldn't be putting guys in that situation anyway.

"The productivity incentive for automation, generally speaking, is not derived from reducing the workforce but step change improvements in the mining process.

"Reducing workforce numbers is much more of a factory mentality, and it is true of automation systems in places like car factories, but in mining you're creating the environment as you mine," he said.

"You're modifying and changing that, and it's a much less structured proposition, and it requires the flexibility and multi-tasking capability of a human being to manage anomalies and changes and exceptions."

But Hargrave said the CSIRO was significantly advanced with technologies which remove operators from the most dangerous mine areas.

He said he had been involved in developing face alignment systems, which can automatically straighten the face of a longwall coal mine, and an automated horizon control system, which keeps the shearer within the [coal] seam.

He said another project the Mine Automation Group had developed is the Rapid Roadway Development project, which centres around an autonomous conveying and bolting machine (ACBM).

"Basically it allows to you to develop roadways with the continuous miner that is followed by a bolting machine that will actually bolt up the roof and support it, and then convey the coal that's been mined through it and back to a shuttle car."

Allan Mulligan, managing director of RSV Consulting Engineers and Project Managers, told MNP the operators of some platinum mines in South Africa were doing an enormous amount of work to automate their narrow reef cutting machines.

"They are narrow and flat ore bodies," Mulligan said. "In Australia we have very steep ore bodies, so gravity plays an important role in the stope area.

"But what's evolved in South Africa is a very labour-intensive working style. So there are not only salary and cost pressures, but also training and safety issues.

"They're trying to devise a mining system that reduces their dependence on labour," Mulligan said.

"They have a machine called the Alpine Reef Miner, which uses a disc cutter."

Manufactured by Sandvik, the machine is electrically powered and comes standard with full remote control operation incorporating a high degree of automation, and was especially developed for platinum production in low height mineralised seams.

Sandvik said the machine has been designed specifically for high performance in hard and abrasive rock conditions while offering high safety levels for operators.

Filter press claimed to help miners recycle and reuse 95% of their process water. 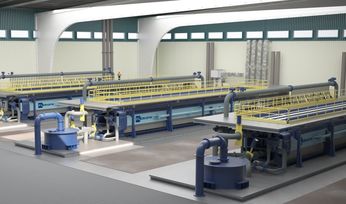 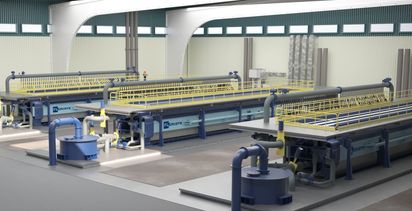