PIKE River Coal is looking on the bright side after delays to developments at its Pike River project in the final quarter of 2007. 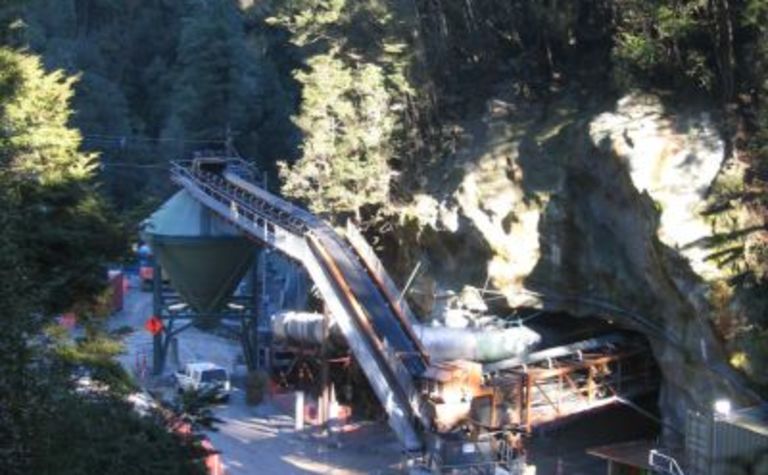 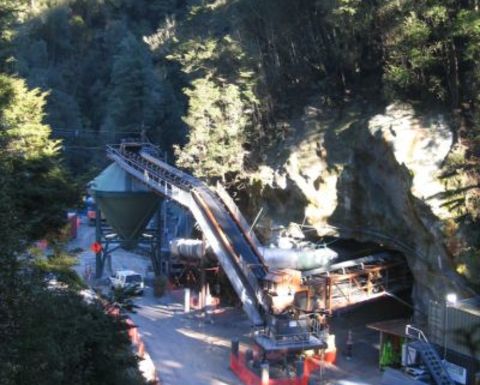 Conveyor at Pike River mine.

Although Pike River was forced to halt its Pike River coal mine tunnel at the Hawera fault late last year and continue developments with conventional drill and blast tunnelling equipment, the company called this a risk mitigation step which "should result in more cost-effective construction" of the pit bottom.

A new roadheader, delivered early this year, will drive the tunnel from the Hawera fault, and most of the pit bottom coal and stone development.

Expected coal production for the first 12 months ending June 30, 2009 had to be reforecast following data collected from new boreholes drilled around the pit bottom area.

Production in that ramp-up period is now forecast at 200,000 tonnes, compared with 240,000t in the initial public offering (IPO) offer document.

It is predicted that steady production from hydro monitor mining will be achieved by mid-2009.

An 18-year coal transport agreement with Solid Energy, signed November 27, 2007, will see all of Pike River's coal transported by rail to Lyttelton.

Construction of a coal preparation plant began in November and progressed quickly. Steel construction at the plant is due to commence in February.