The way forward for SCSR

AS THE first of two planned self-contained self-rescuer workshops hosted by the US Mine Safety and Health Administration and National Institute for Occupational Safety and Health wrapped Tuesday, a diverse collection of individuals from all facets of the industry weighed in on where the key improvements lie for emergency breathing technology.

NIOSH researcher Bill King was one of the final expert presenters during the one-day event at Wheeling Jesuit University in West Virginia and updated the group on the agency's progress on evaluation of proposed dockable and hybrid respirator designs.

Some of the common obstacles facing design, he noted, include units' ability to maintain a breathing circuit and the logistics of docking operation in a contained environment. The reliability and operation of proposed units are also being carefully considered.

However, the testing of proposed units continues, including leak evaluations, aerosol tests and reviews for Lab Respirator Protection Level. It will be setting up preliminary testing and a standard test procedure for LRPL and doing benchmark testing with working prototypes as part of its remaining efforts.

"Don't be afraid to think outside the box" in terms of development of new innovations, said a representative for an operator. Another expert said custom face piece design that would allow each worker to carry his own device with him daily would positively impact not only on the efficiency of re-breather operation when donned but also on meeting his expectations during actual use.

Another individual from the operations side expressed concern with the design assumptions being made by suppliers that one unit may be better or worse than another, without much solid justification for the opinion. Ergonomics are important but, as another guest noted, designers may want to solicit the input and assistance of miners in a test group when making decisions about unit features.

A common vein of thought was in the areas of communications, standards and training. All are vital to the success of any emergency respirator's design without the confidence of the worker who someday may have to wear the unit and the ability to potentially speak to others while donning it and keeping a seal, any innovation the industry could ever provide will be without value.

As one representative noted, it is crucial to remember to "fit people for success instead of failure".

The second of the two workshops is scheduled for March 12 in Denver, Colorado. Just as with the Wheeling event, it will begin with registration at 8am, welcoming presentations at 9 and will close with an open forum by mid-afternoon.

For more information on registration, visit the web sites of MSHA or the National Technology Transfer Center at Wheeling Jesuit University.

The project has benefits for WA and for at least one mining project. 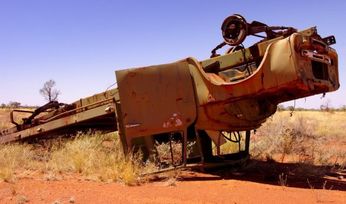 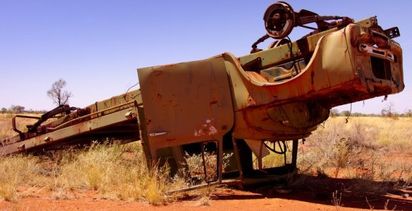