BOWEN Energy has continued to produce promising results from exploration activities in the Bowen Basin in the second half of 2007.

The acquisition of 100% of Kondor Holdings opened up new exploration possibilities, with the addition of the Shotover project (EPC1045). Since then, Bowen has applied for the adjacent Planet Downs application (EPCA1206).

Bowen's East Middlemount project will get a boost in 2008 with joint venture partner Rocklands Richfield expected to invest $527,000 in exploration at the Richfield tenement, of which Bowen owns 40%.

Greenfield exploration at Bowen's West Rolleston project continued with the Kia Ora tenement (EPC1002) granted on September 25, 2007, and an additional application, EPCA1187, in the Buckland Plains.

Reconnaissance field mapping within the existing Mt Cheops tenement, EPC1001, has located a 2m thick coal seam along with a number of thinner coal seams in outcrop.

Previous drilling conducted by Rocklands at the Richfield tenement intersected up to 4.6m of clean semi-anthracite PCI coal with a low ash content.

Previous investigations at East Middlemount, which includes the Richfield JV as well as wholly owned tenements Cockatoo (EPC1014) and North Middlemount (EPC1085), indicated the presence of thin, high quality coal seams in the eastern part of the project, and thick coking or PCI coal seams at depth on the western side.

The project will create more than 100 jobs during construction. 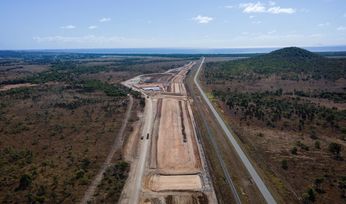 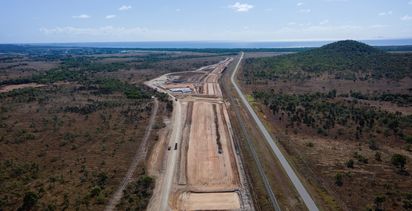