WHILE the limited size of underground tyres might be advantageous in terms of manufacturing time and costs, the extremely harsh conditions of underground mines present their own set of challenges when it comes to maximising the service lives of the dreaded black donuts. 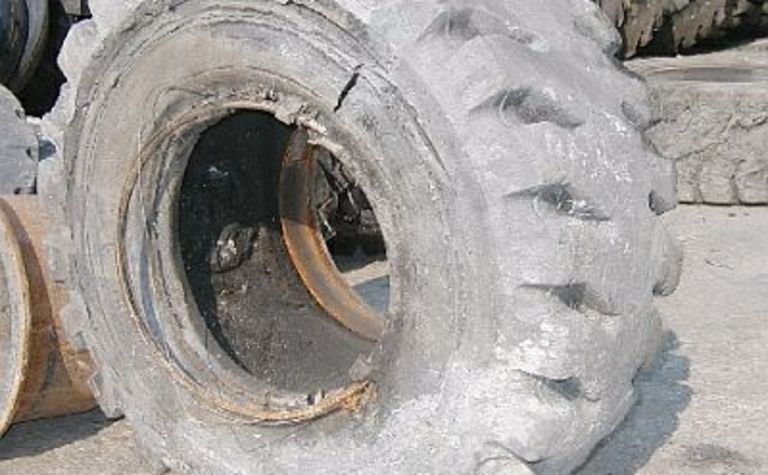 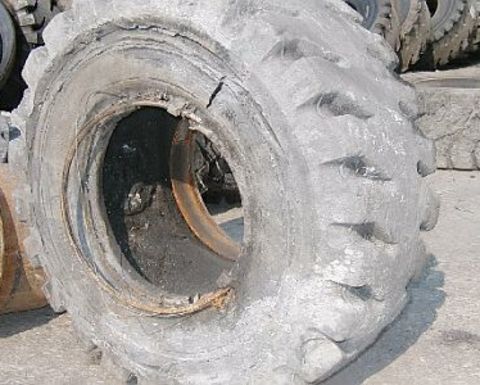 Rough and rocky roads, looming walls and reduced driver visibility have all combined to make the tyres on underground machines almost as much of a consumable item as diesel fuel and brake pads.

However, unlike tyres for surface machines, the comparatively speedy development and manufacturing processes for smaller underground tyres usually means the per unit cost of these tyres is significantly less than their larger surface equivalents.

But like surface machines, underground equipment is continuing to increase load-carrying capacities as manufacturers seek to find ways of moving more dirt through what are, in many cases, still standardised tunnel sizes.

The result is an increasing number of research and development relationships between original equipment manufacturers, aftermarket suppliers and tyre makers.

An example of this was the development several years ago of a tyre designed specifically to suit the then new Cat-Elphinstone AD55.

After the completion of the first AD55 prototype in 2000, Cat Elphinstone worked with Bridgestone Earthmover Tyres to produce a tyre able to withstand increased payloads while still operating on machines with a low profile.

The tyre was also required to be highly resistant to the harsh operating conditions of underground mines.

The new tyre design also meant a new hub design was required to stand up to the increased loads, as the existing hub choice would have been unsuitable for the amount of weight it would have to bear.

The rim would have to be in the “EV” style, which is more resilient in high payload application than the “EM” style of rim, which was the only other option.

Still, tyre damage and failures remain more common on underground machines, a trait that is not lost on mining tyre consultant Tony Cutler, who also said safety and training around underground machines has a much stronger focus than for surface machines and maintenance.

“The concepts of good tyre management are the same for underground as they are for surface mining, it’s just that you’re in confined spaces, and typically the underground tyres get a much harder run,” Cutler said.

“There is far more scope for using solid fill tyres underground because it’s cheaper to use them and the benefits are greater,” he told MNP.

He said that typically, tyres are changed on machines while they are underground.

“For some, they might be taken to the surface, especially if it’s to change out all the tyres or if they’re doing a full tyre rotation,” he said.

“I have typically found that from an operator’s point of view, underground drivers are more professional,” Cutler said.

“In an underground situation, you rely on another guy to look after you and save your life. That’s just not thought of in the same way in openpit mines.

“I would expect that typically, most operators of underground machines tend to be more experienced. You can go to a lot of sites these days and you’ll get operators – mainly on trucks in openpits – who have very little experience.

“I think that generally, the availability of tyres for underground machines is better. There might be a couple of tricky sizes. But I think tyres underground are a bigger element because they’re far more susceptible to damage,” he said. 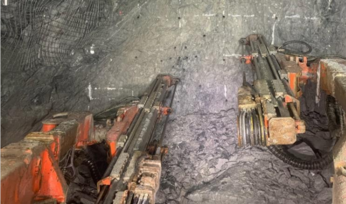 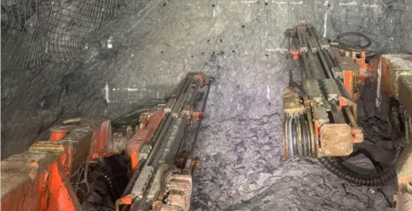