A PROCEDURE Instruction Letter issued this week by the US Mine Safety and Health Administration to its enforcement staff serves as insight for operations into how the agency evaluates mines' flagrant violations.

MSHA said the intent of the PIL is to establish "uniform procedures" for its inspection staff to review and determine flagrant violations of federal health and safety standards as outlined in the MINER Act, or New Emergency Response Act of 2006.

Specifically, the agency said that violations must meet specific criteria for reckless failure or repeated failure on the part of the operator.

In the case of reckless failure to make a reasonable effort to eliminate a condition, the following should be evaluated:

The citation or order is evaluated as significant and substantial;

The injury or illness is evaluated as at least permanently disabling;

The citation or order is evaluated as an unwarrantable failure, and;

The mine’s negligence is evaluated as reckless disregard.

When repeated failure to amend a situation with reasonable efforts is under consideration, inspectors have been ordered to look at the following facets of the violation:

The citation or order is evaluated as significant and substantial;

The injury or illness is evaluated as at least permanently disabling;

The type of action is evaluated as an unwarrantable failure, and;

The operation should have at least two prior "unwarrantable failure" violations of the same safety or health standard that have been cited within the past 15 months.

In addition, MSHA said, if the criteria are met for the violation it should also be reviewed to determine if it was proximately caused or if under reasonable circumstances it would have been expected to lead to death or serious bodily injury.

The agency defines a proximate cause as an issue which directly produces an injury or death – and that, without its existence, the injury or death would not have occurred.

The agency said that mitigating circumstances also should be evaluated by the mines inspector or the reviewing supervisor assigned to the case, such as new ownership or new compliance-committed safety officials.

In accordance with federal regulations, all flagrant violations will be specially assessed using required paperwork that inspectors complete for each proposed violation cited, “clearly identifying it as potentially flagrant”.

Also, all of the forms submitted by MSHA staff must meet the specific objective criteria outlined – even if the region's district manager does not recommend special assessment for the violation based on proximate cause or mitigating factors.

Lastly, MSHA instructs inspectors to notify mine operators and representatives of flagrant violation issuance if a mine’s history makes it eligible for such action. However, it points out, failure to notify does not preclude the citation's issuance.

According to the agency and the MINER Act, flagrant violations – which may potentially be paired with a civil penalty of up to $US220,000 – are defined as "a reckless or repeated failure to make reasonable efforts to eliminate a known violation of a mandatory safety or health standard that substantially and proximately caused, or reasonably could have been expected to cause, death or serious bodily injury."

Lockyer says Arafura looks forward to the next steps in the offtake agreement process. 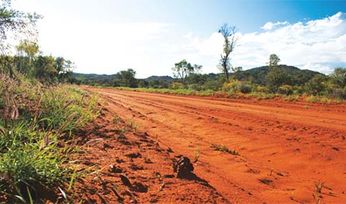