ACTIVE Control Technology, the Canadian producer of the ActiveMine wireless communications and tracking system, has entered into a joint venture with two China-based partners to market the system to the Chinese industry.

ACT president Steve Barrett said in an interview with International Longwall News the company could not provide the identities of the partners, at least for the short-term future, but he did confirm that ACT had taken the first step in approaching the groups.

“Discussions started late November and the introductions were made through Peiwei Ni, a native of Beijing, who is one of our corporate directors,” Barrett said of the binding and exclusive agreement which was signed recently.

The partnership has been forged between a mining technology and a mining services provider for coal mining.

The ActiveMine system will be installed and demonstrated in one of China’s active longwall operations in the Shanxi province, though officials for ACT said its name will also remain undisclosed at this time.

“The mine has been modernised in recent years and has numerous safety and monitoring systems, including extensive video monitoring over a fibre-optic network,” Barrett told ILN.

The installation serves as an ACT milestone, as it will be the first overseas demonstration of ActiveMine, he said.

Plans for the project – chosen for its proximity to Beijing where many producer headquarters are located – include tours for prospective customers and evaluators for government certifications.

ACT estimated the potential size of the market opportunity to be $US3 billion, due in large part to the industry moving at an aggressive pace to improve mine safety technologies and meet record demand.

“This is a watershed agreement for Active Control in building the foundation to exploit what we believe is the largest opportunity for ActiveMine sales in the world," said Barrett.

“This venture builds upon our recent successes in the US market, on a potentially much larger scale."

The joint venture is pending certifications by the Chinese Government, and ACT officials noted the agreement would establish a two-year business plan for the trio.

This includes the opening of an office in China, Barrett said.

“The Beijing office will serve as Active Control's hub over the next 12 months to achieve key milestones in association with its Chinese partners,” he said.

These activities include the undertaking of certifications for mining, intrinsically safe status and functionality; the planning, staging, installing and support for the demonstration location; the initiation of an introductory sales initiative to the country’s coal mining companies; and the pursuit of additional opportunities with surface and non-coal operations which would not require IS approvals.

“This is an exciting and significant new opportunity for Active Control and the ActiveMine system,” Barrett told ILN.

“The signing of an exclusive agreement with well-positioned China-based partners provides a big head start in delivering the benefits of ActiveMine to the country’s mining sector.”

Barrett said that, contrary to the popular belief that Chinese mine safety is lacking, the country had well-developed regulations in place.

“[It] is investing a considerable amount of money to improve mine safety. ACT intends to leverage its MSHA certification experience and apply it as appropriate to the China certification process,” he said.

The agreement, he added, could be a milestone for the country’s industry as well as for ACT.

“The Chinese mining sector and the country’s government are committed to increasing both productivity and miner safety,” Barrett said.

“ActiveMine is a powerful tool for both purposes, so it could have a positive impact on the industry in China as a whole.” 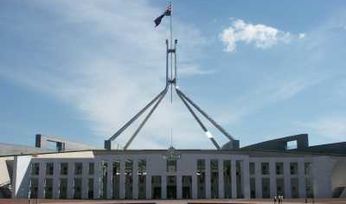 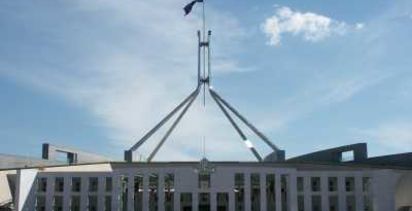