KENTUCKY producer Quest Minerals and Mining said Thursday that it has begun the transport of needed equipment that will allow future production from the mine’s Lower Cedar Grove seam.

“We plan to excavate the site location so that the property is graded properly for our mining crew to set up operations,” said Whitestar Mining president Everett Hampton. Whitestar has been retained by Quest to be the contract miner on the property.

“Prior operations at this mine have established production levels of 2000 to 2500 raw tons per day. So we are eager to reach these target goals as well," he added.

Quest president Eugene Chiaramonte Jr said the solid 50in coal seam containing metallurgical qualities in the current high market has left the company “excited” about the recommencement of mining there.

“With today's metallurgical prices rising in excess of $180 a ton, this makes for an attractive blending option within the marketplace,” he said.

“In addition, having Massey Energy adjacent to our properties just adds credibility to the coal in this area."

The company announced in mid-July that it had begun the rehabilitation work on Cedar Grove.

The preparation of state and federal paperwork necessary for the project was in progress, Whitestar chief executive Dan Hampton said at the time, noting that the entire process to bring it to production should take significantly less time than the Pond Creek project.

“[It] is in far better shape than our Pond Creek location prior to its rehabilitation,” Hampton said.

“While it took five months to rehabilitate Pond Creek, we anticipate bringing Cedar Grove online in a far timelier manner.”

Modular solution for mines going deeper and in need of beefed up cooling. 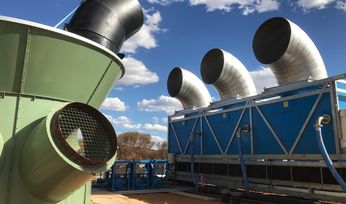 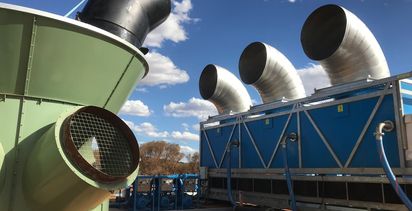