DESPITE flattened coking coal earnings for the year, the world’s biggest mining house, BHP Billiton, posted its seventh record profit and expects demand for its commodities to remain strong.

Buoyed by its diverse commodities business, yesterday the mining giant posted a record profit of $US15.39 billion ($A17.8 billion) for the 12 months ending June 30, a 14.7% increase on the previous year.

However, BHP’s metallurgical coal earnings before tax and interest for the year fell by nearly 25%, to $US937 million.

The fall was attributed to costs incurred from flooding in Queensland earlier this year.

In stark contrast its thermal coal made a record profit of $1.05 billion, an increase of nearly 120% from the previous year.

BHP also experienced record production at its Hunter Valley and Cerrejon operations with three new projects given the go-ahead.

“Our strong performance demonstrates the power of a uniquely diversified and high-margin portfolio across the energy, steelmaking and non-ferrous product suites,” BHP said.

While the miner did recognise short-term global economic challenges such as financial market instability and inflationary pressures, it expected the commodity demand in emerging economies such as China to continue.

BHP’s record profits can be put down to the rapid growth of the Chinese economy and the company was confident this would continue.

“In particular, China remains a key driver of global commodity consumption through its position as a net importer of raw materials,” BHP said.

BHP shares fell by 2% in mid-morning trade on the Australian Securties Exchange and were trading at $A37.72.

Total iron ore production was down 4% to 63 million tonnes 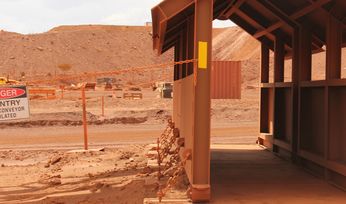 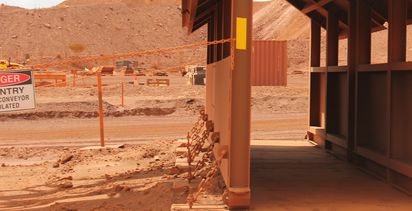