WV mine accident not an explosion: officials

STATE and federal officials have released more information on a Monday afternoon accident at the Whitetail Kittanning operation in West Virginia that injured two workers.

According to US Mine Safety and Health Administration spokeswoman Amy Louviere, an ignition occurred at approximately 1.50pm local time and at this time, it does not appear that there was an explosion.

“Preliminary information indicates there was no damage to any ventilation controls,” Louviere told ILN, and noted that a shuttle car operator and a continuous miner operator – who still remain unidentified – received serious facial and arm burns.

“The degree of the burns has not yet been confirmed [and] the miners were brought to the surface and walked off the elevator without assistance.”

According to federal investigators, the workers were supposedly mining from the No. 5 entry to the No. 6 entry at the operation owned by Kingwood Mining in Preston County and were taking the second lift from the cut-through.

The local District 3 office issued a K-order to idle the mine, Louviere noted.

Jama Jarrett of the state Office of Miners’ Health, Safety and Training added that its investigation into the incident had commenced.

“There was a flash fire – a small pocket of [methane] gas caught fire," she said.

A request for comment by ILN from Alpha Natural Resources, the mine’s controlling company, was not returned.

Last month, the mine was handed more than $US763,000 in citations from MSHA for 13 coal dust accumulation violations in a one-year span. The coal and dust had been identified along the mine’s beltline, creating a combustion hazard.

Whitetail Kittanning produces approximately 1.4 million tons per annum with a staff of about 260. 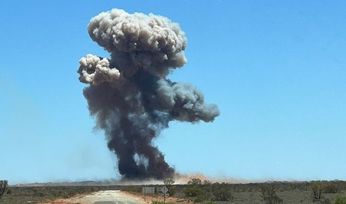 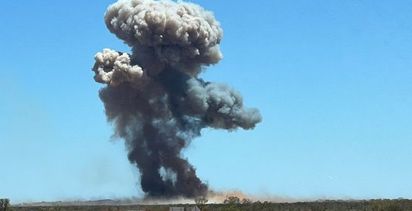