A NEW lighting system, invented under ACARP funding, is safe in hazardous areas and provides improved illumination, ideal for jobs such as close lighting of a cutter drum on a shearer. 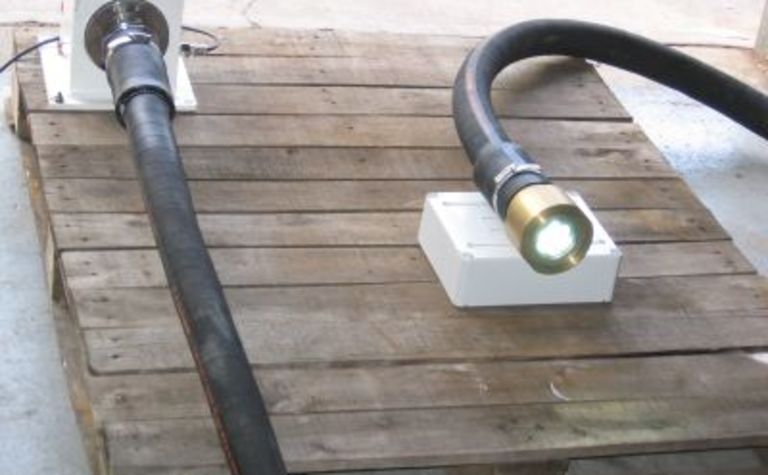 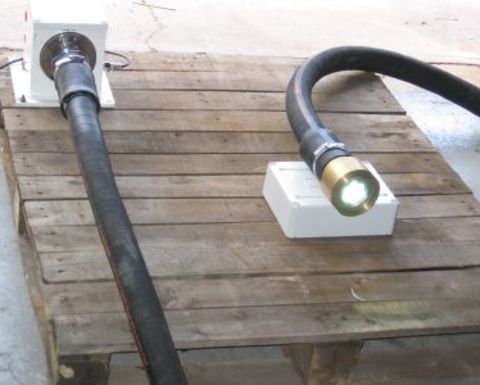 The technology, first suggested by Xstrata’s Peter Henderson and developed by CSIRO automation system engineer Ron McPhee, was initiated to improve and provide a more versatile lighting system for use on underground machinery such as shearers, continuous miners and shuttle cars.

The new lighting system consists of an LED “light engine” made of multiple high power light emitting diodes mounted within a compact flameproof enclosure. A lensing mechanism is used to focus and couple the light into individual elements making up a bundle of large diameter optic-fibre “Light Pipes”.

Light is transmitted from the enclosure along the flexible optic fibres which are potted within a flameproof gland as they exit the flameproof enclosure. A flat glass lens mounted on a brass end-cap provides additional protection for the otherwise exposed optic-fibre Light Pipes.

The light can be extended up to 10 metres away from the enclosure.

McPhee said the lighting system could be used in a multitude of applications in an underground coal mine, including close-quarter illumination of a cutter drum on a longwall shearer; a virtually unbreakable headlight for mobile rubber-tyred mining equipment; general-purpose underground lighting for pathways; and robust lighting for equipment maintenance and repair.

A major advantage of the new system is the Light Pipe does not contain electrical components, and therefore does not introduce a safety risk to hazardous areas.

If the light is damaged, its design means it is isolated from the electric circuit supplying power to the light source.

“Damage to lighting equipment, which would currently be categorised as a reportable incident, can be treated as minor equipment damage, and because of the robust construction of the Light Pipe, the damage will not significantly affect the functionality of the illuminated end,” McPhee said.

“Therefore, interruption to production is minimised, reportable incident events involving lighting equipment are eliminated and there is a reduction in the maintenance cost which would normally be incurred as a result of damage to electric-powered lighting equipment.”

If the Light Pipe does get damaged it can be repaired by underground staff using simple handheld tools.

McPhee added the illuminated end operates at low temperature and is not subject to failure by catastrophic heat shock induced by the sudden application of cold water spray.

CSIRO Exploration and Mining patented the technology and is currently in talks with Ampcontrol-owned ATF Mining Electrics, which is based in Cardiff, New South Wales, to bring the Light Pipe to commercial production. 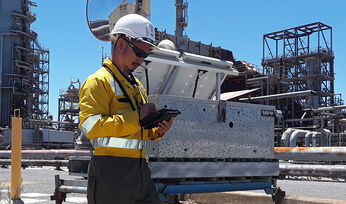 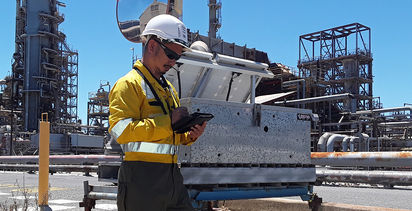