Patriot pulls Jupiter out of orbit

AFTER warning last year the mine would be idled, Missouri producer Patriot Coal said Friday its Jupiter complex in West Virginia will close.

The company provided notice to its employees last week that crews would be laid off between March 12 and March 25 from the Boone County complex.

“The decision to idle the Jupiter mining complex was made as part of a comprehensive review of the company's properties and was based on Jupiter's unacceptably high cost structure, coupled with softer market conditions,” Patriot officials said.

A spokesperson for the producer could not be reached for further comment Friday. It did not indicate in a public statement what would become of the remaining reserves.

“We have undertaken a comprehensive review of our mining complexes and their relative cost structures,” Patriot chief executive Richard Whiting said in late September.

“The idling of the Jupiter complex is one step in this process, as we continue to identify synergies and optimise our combined operations."

Whiting also said at the time that its skilled workers at the Jupiter complex would be offered employment opportunities at its regional affiliates.

“Additionally, we plan to redeploy equipment from Jupiter to other more productive operations to better utilise our capital,” Whiting said.

The company, which was spun off from Peabody Energy in 2007, now has 16 complexes in West Virginia as well as Kentucky and controls about 1.9 million tons of reserves.

As negotiations continue Dacian has entered a number of agreements with Genesis. 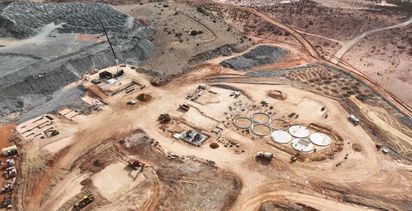 Graphene-enhanced metakaolin to cut out clinkers

Westpac pulls out of lending for coal