A MINER in Marion County, West Virginia is suing his employer for not providing a safe workplace after receiving an electrical shock in 2006 which left him permanently disabled.

According to the West Virginia Record, Anthony Bernardo was “seriously and permanently injured” at Eastern Associated Coal’s Federal No. 2 on August 3, 2006 while on the job.

The documentation did not recount the specifics of the underground incident.

Bernardo is seeking unspecified damages for his personal injuries, recovery of medical expenses and wage loss, mental and emotional distress, loss of earning capacity, pain and suffering, and for permanent disability and disfigurement.

The suit also claims that Eastern Associated violated state code by allowing crews to work near hazardous electrical levels, and also that the company was aware of the condition but did not provide workers with proper equipment and training for safety and accident prevention, the Record noted.

However, the operator claims that no “specific” working condition that was unsafe existed, nor did it know about any potential hazards.

“Eastern did not violate any federal or state statutory rules or regulations that proximately caused plaintiff Anthony Bernardo's injury," company officials told the paper, adding that it is not in violation of any safety regulations.

EAC also stated the case should not go to court because of an expired statute of limitations.

The case is being heard in the US District Court by request of the operator, as it and the plaintiff are in different states and the amount of the suit exceeds $US75,000, Eastern said.

Worker shocked but not hurt

Witnesses to the incident reported seeing a blue spark emanating from the crane. 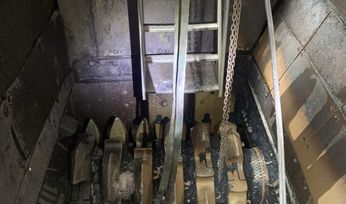 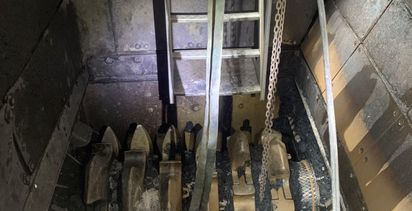 Worker on ladder could have been crushed