ONE day after a coal train derailed at a southern West Virginia loadout, taking the Black Bear preparation plant’s loading building with it, investigators have released the identities of the three injured workers but are still looking into the cause.

West Virginia Office of Miners’ Health, Safety and Training spokesperson Jama Jarrett told ILN that Norfolk Southern employee R A Saunders was released from a medical facility after evaluation, as was Cobra Natural Resources worker Billy Newsome. As of Wednesday afternoon, Cobra employee Eugene Harris was still being treated for unspecified injuries at a local hospital.

All three workers were injured Tuesday morning at about 8am local time after five empty coal cars derailed under the building, hitting supports, which then caused the structure to collapse. The cars were being shunted into position for loading at the time.

While some media reports mentioned a fourth person injured in the accident, Jarrett said state officials were only aware of three. Requests on Tuesday and Wednesday for comment from the US Mine Safety and Health Administration regarding accident investigation details were not returned.

Additionally, while initial reports described entrapment of workers, mine representatives told local newspaper the Williamson Daily those details were false. Two of the men were able to walk out and extra precautions were taken with the third, who received leg injuries.

Jarrett did confirm that state officials remained at Black Bear but no further information on the cause was known Wednesday. Norfolk Southern investigators have also commenced a review of the incident. 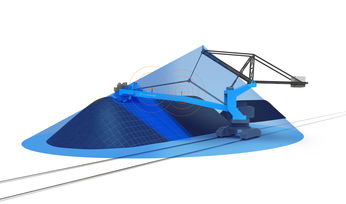 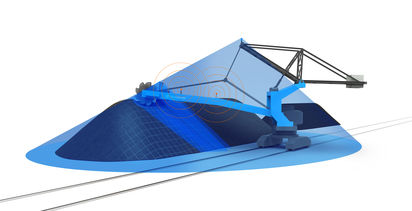