GUJARAT NRE Minerals plans to spend up to $A486 million in five years developing its NRE No. 1 and Wongawilli mines near Wollongong.

While commenting on the washery project during question time, Harvey revealed the company’s idea to establish a coal washery underground and to keep reject coal underground as well.

If successful, such a move could duck the approvals process, with Harvey noting Gujarat’s chairman had received approval and established a coal washery in India within six months but that there was “no way you can do that in this state”.

For the current financial year, Gujarat has budgeted $55 million of expenditure, primarily on its Wonga Mains project but also for surface coal handling infrastructure.

The Wonga Mains project at the mine involves the development of three headings into the Wongawilli seam beneath the old Bulli seam workings.

Harvey said each roadway would be 3.5m high, 5.5m wide and at least 11km long with the development currently up to 2km the way through.

The new roadways are for a belt road, rail transport and a rubber-tyred vehicle road and will provide direct access to Wongawilli’s resources to the south.

Gujarat is also aiming to start pillar extraction of the Balgownie seam while developing longwall blocks into the Wongawilli seam below.

Harvey said the Balgownie seam was thin, at about 1.4-1.5m at best, but contained good-quality coking coal.

Longwall mining is expected to start up in April 2011 at NRE No. 1 and, along with the start of the V Mains “lifting” panels, total expenditure is expected to reach $20.9 million.

At the moment the 310 and 312 panels at NRE No. 1 are being mined, along with its P panel and V Mains area, which Harvey said would provide a certain amount of pillar coal but would also provide access to the western part of the mine’s reserves.

The Wongawilli operation started longwall mining in July using resurrected equipment from BHP Billiton’s days, when the mine was known as Elouera.

Harvey said the mine was about one-third of the way through longwall 12, while longwall 11 was due to start in January.

The mine also has approvals for longwalls 19, 15 and 16, where BHP had planned to work the mine out.

After these areas, Gujarat will target the small Nebo longwalls, with Harvey saying they would buy time for more major development to the south and the west.

He added that a major goal for the mine was to complete a new set of headings to the west with the intention of taking them up to the small, 1.5m-high but high-quality Bulli seam.

Some $45 million is slated for capital expenditure in the current financial year, while continual development of the Wonga South project is expected to come to $24 million in 2010-11.

A further $82.3 million is costed to meet the continuation of Wonga South in the 2011-12 financial year, but also for the Avon Shaft project and surface coal handling and processing projects.

For 2012-13, $50 million has been put aside for finally starting up a longwall operation at Wonga South while another $5 million has been budgeted for capital spending in the next financial year.

Harvey also provided a set of production forecasts along with a resources statement for the two mines.

Wongawilli has total resources of 258Mt in its three seams, including 21Mt measured in the Wongawilli seam, 24Mt indicated and 213Mt inferred.

Miner in the dock over dingo attack at Telfer. 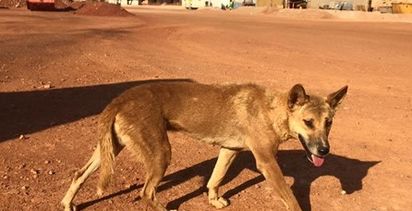