The technology mixes CO2 captured from coal or emissions from gas-fueled power facilities with water from various sources. The minerals form a solid carbonate bond released as a synthetic limestone. The end products can be cement-type materials or aggregates used for building materials.

“Every ton of Calera building material is expected to store as much as a half ton of CO2,” the companies said.

“Because Calera's process removes minerals and other constituents from water, it also acts as a freshening system to produce fresh water, which can benefit areas of the world that need clean water.”

Peabody senior vice-president Fredrick Palmer, who heads the producer’s Btu conversion activities, said the venture was just one of more than a dozen projects the company was advancing to commercialize low-carbon technologies. In addition to being a founding member of the FutureGen project in the US, Peabody is the only non-Chinese equity partner in China’s GreenGen and is a founding partner in Australia’s COAL21 low-carbon project.

Calera recently completed a demonstration project in its home state which utilized emissions from a natural gas power plant.

"We believe that the CO2 used in our process for producing materials could exceed the current generation rate of CO2 from all global industrial and utility sources. The potential is enormous," Calera chief executive Dr Brent Constantz said.

Calera, based in Los Gatos, was founded in 2007 by Constantz. 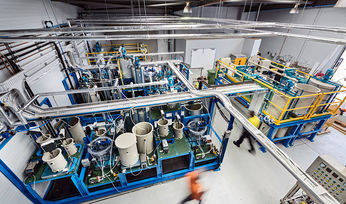 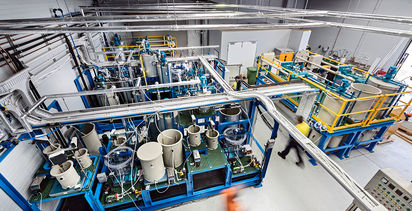