IN an underground world historically dominated by modified golf carts, Pillar Innovations has introduced a rugged mine-duty vehicle – the EMU. 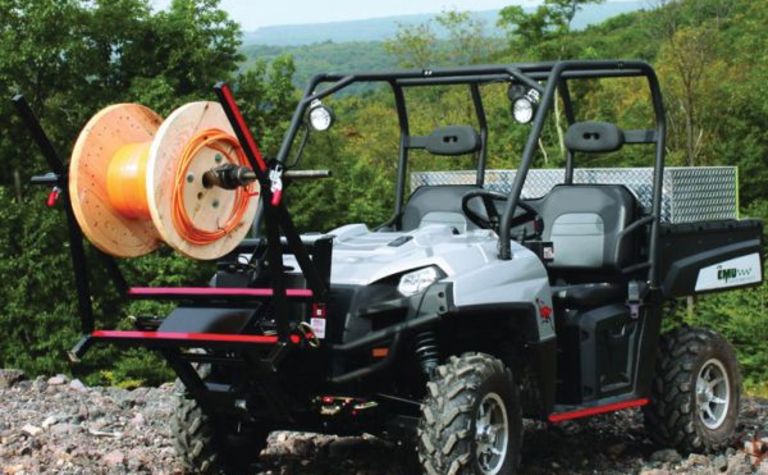 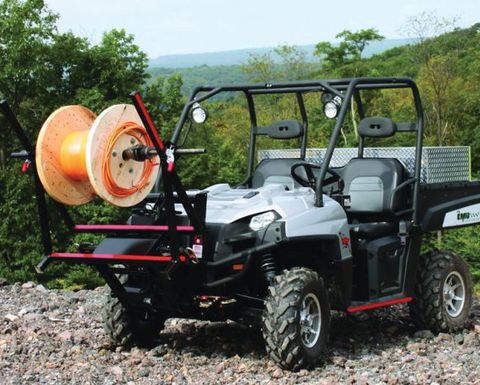 Known more formally as an electric mine utility vehicle, the company officially introduced the EMU, its first-ever underground transport unit, at the 2009 Bluefield Coal Show.

“In our frequent trips underground to install and service our existing products we have ridden on probably every type of mine vehicle in production,” sales and marketing director Adam Brenneman said.

“[We] noticed that the industry could really use a vehicle that is maneuverable, rugged and capable of doing more than just moving a man from point A to point B.”

Designed as a side-by-side, battery-powered unit specifically for underground use, Pillar placed significant focus on miners’ needs and input as the 50 peak horsepower EMU took shape. As it readies the unit for commercial sale, Pillar is also offering additional featuresfor operations such as trailers, scoops, plows, cable spoolers and EMT or firefighter packages.

The vehicle, which has electric power steering, features a front-mounted hydraulic lift system capable of moving 500-pound loads, so carrying supplies from place to place in the sprawl of an underground operation is not a problem.

The EMU also has an independent suspension, making those trips across rough mine terrain easier and more stable, while its rear suspension is self-leveling to eliminate rear-end squat and maintain ground clearance even when loaded.

Pillar is currently offering just the 50hp peak electric motor version of the EMU, capable of a top speed of 15 miles per hour and featuring selectable low range and four-wheel drive to provide torque to tow loads up to 2000lb. However, the company already has an expansion to the line in mind.

“[We] know that we need to develop a version more suitable for lower seam heights,” Brenneman said, noting that the EMU was developed first and foremost as a mining vehicle but it was seeing high interest from other industries.

The first unit is complete and is being tested at a US underground coal mine, and orders are already coming in for Pillar’s first production run. If all goes as planned, the first EMUs will be delivered to mines by January 2010.

In the meantime, Brenneman said the industry had taken a shine to mining’s newest bird.

“We have already incorporated several suggestions from miners at the Bluefield Coal Show into the vehicle,” he pointed out.

“[For] example, a gentleman suggested we outfit the roll cage with a path for cable so that it could be spooled off the spooler on the front and over the top of the EMU while driving forward. We thought it was a great idea, and added it to the vehicle as soon as we got back.” 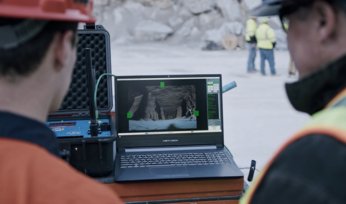 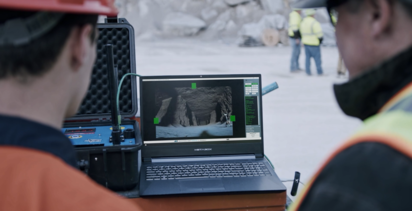