Not in Nicole and Keith's backyard

CELEBRITY couple Nicole Kidman and Keith Urban’s multi-million dollar mansion in the Southern Highlands of New South Wales may stand in the way of a new longwall mine by Cockatoo Coal after it acquired nearby coal leases from Anglo American. 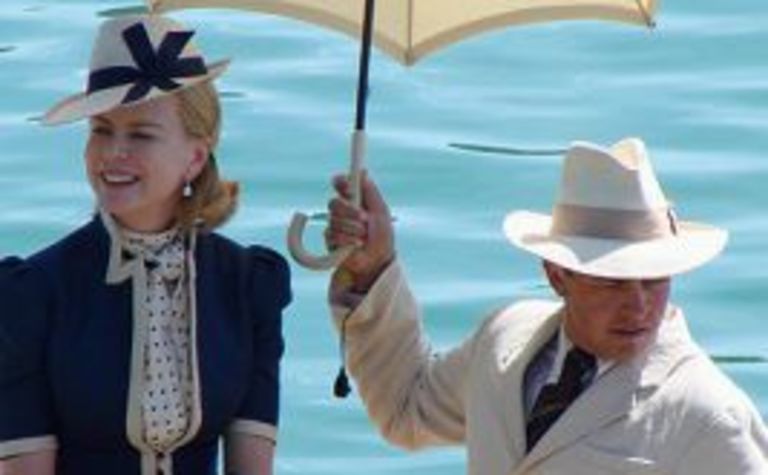 NSW state member for Goulburn Pru Goward convened a meeting of angry but well heeled residents in the Southern Highlands village of Sutton Forest on Wednesday night determined to stop the development of a new longwall in their neighbourhood.

While the Urbans were not at the meeting, the local community is confident they would oppose any longwall mining near the village – given that the mine would be approximately 4km from their mansion.

“Nicole is a local resident and she would want to know about it,” Goward said. “As would other residents who have large properties in the area.”

Cockatoo Coal, along with a consortium made up of POSCO and Korea Electric Power Company, paid Anglo American $A580 million last month for a portfolio of coal exploration and development assets including the Sutton Forest lease in the Southern Highlands.

A representative of the company is believed to have been at the meeting.

Sutton Forest would have a resource base of 115 million tonnes of coking coal with a conceptual mine life of 30 years at 1.8Mtpa.

Residents are concerned that the amenity of the area would be ruined by coal trucks delivering coal to Port Kembla and that underground aquifers would be disturbed by longwall mining.

Goward told ILN that all the residents at the meeting were passionately opposed to longwall mining in the area because of its devastating effect on the environment and the local water supply.

“We are fed by very generous aquifiers and we have a local bottled water industry,” she said.

Goward said while she was not against mining she did not believe longwall coal mining would be acceptable to the local community.

“Longwall mining would have devastating effects. Maybe the coal mining company might consider the old coal mine tunnels,” she said.

No one from Cockatoo was available to comment to ILN this morning.

On completion of all arrangements, which is subject to approval by the Foreign Investment Review Board, Cockatoo’s share of the assets acquired will be 51% of each of Collingwood and Taroom and 30% of Sutton Forest.

Cockatoo and the consortium is also seeking to acquire Anglo’s interest in the Bylong lease in the southern highlands and the Collingwood, Taroom and Ownaview leases in the Surat Basin of Queensland.

In addition, Cockatoo has been granted a three-year call option to acquire a 30% interest in Bylong for $A157 million.