“My focus has always been one of change management. I try to make people understand that because times are changing, costs are changing and there is a continually changing requirement for coal in the marketplace. Therefore, we need to look at how to work differently and more constructively.”

One of the most significant challenges of getting Crinum into production, he said, was changing the entrenched practices and ideas that much of the workforce brought from other mines.

“The challenge was to go forward and say forget what you experienced in the past. We’re now going to create small teams consisting of people selected from work groups across the minesite to focus on solving problems or creating new systems. We were introducing new technology, new mining systems in a seam height of 3.6m, which few people had worked at

“At Crinum I was very keen on establishing a quality management philosophy from the start, incorporating teams and continuous improvement methodologies, as well as benchmarking. When you’ve got a greenfields site, you’ve got nothing there, you’ve got to put systems in place. There have to be processes so you can understand what’s working for you and what’s not. That can be deeply unsettling for some people.

“At Crinum there was an opportunity from the outset to build a mine that had a different management and staff structure as well as assign new responsibilities and expectations for every person employed at the mine. We wanted to have the management team, the staff and the workforce working together to create systems. Part of my role was to create and set

direction and philosophy. All the successes at Crinum were achieved through the concerted teamwork of many people.”

Four years of managing Crinum gave Mitchell first-hand knowledge of the operational reality of establishing a longwall operation from scratch, which should prove very useful to BHPC in its current endeavours to move underground.

Bruce Treasure, health and safety manager at Crinum said he believed one of Mitchell’s strengths in his corporate role is his ability to plan and organise, knowing how any project he might be working on in the corporate role would fit into the real world. “His other strength is that he can work with any level of management, from down at the coalface, right up to Mr (Paul) Anderson. Guy’s a rare person and one of these people you have genuine respect for.”

The shift to underground longwall operations will not necessarily signal the demise of BHPC’s open cut operations. Natural attrition and a gradual phasing back of these operations will take place at the appropriate time, Mitchell said.

Management at Goonyella-Riverside have a strong communication process with the people at the mine who “understand why the underground operation is going in”. Employing from existing opencut operations will, according to Mitchell, depend on the skills required and also the requirements of the particular mine at that time.

“It’s an issue that has to be addressed,” he said. “It’s been successfully addressed at Crinum and other mines. It will be done in as sensitive manner as possible.”

Mitchell anticipates about five longwalls going in at BHPC’s operations over the next 10 years using the punch longwall mining approach. Technical challenges aside, the management of any new BHPC longwall operation has to bear one thing in mind: BHPC and its joint venture partners expect to significantly improve again on the success of Crinum.

Newhaul Bulk will drive potash products from mine to port for Agrimin. 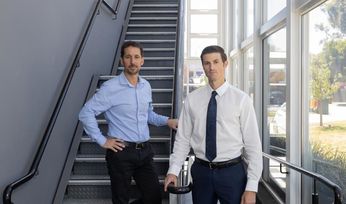 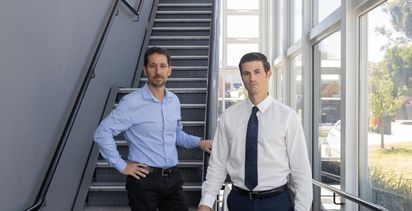 Yancoal to use its scale to improve margins