As negotiations hot up over the sale of Australia's coal mining assets the strategies of the various participants are occasionally becoming apparent.

Earlier in February, major contracting group Leighton Holdings released its half-yearly results. Chief executive Wal King took the opportunity to announce that subsidiary Thiess Contractors had formed a venture with German coal company Rheinbraun to buy and operate coal assets in Australia. Rheinbraun would fund the purchase of the assets while Thiess would carry out the mining work. King said over the next five years the deal was expected to bring between $500 million to $1 billion into Thiess's order books from the coal sector alone.

The strategy is in line with Thiess's drive to become increasingly vertically integrated and derive profits from areas other than conventional contracting arrangements. This would include holding equity in assets or operating assets on behalf of mine owners.

Both Rheinbraun and Thiess share common parentage in the shape of major German group RWE. Through construction group Hochtief, RWE has about 47% of Leighton. RWE is thought to be one of the suitors busy examining the credentials of the Shell assets, along with German company RAG which bought the Burton coal mine last year.

Another link-up in the tangled web of ownership holdings is that Rheinbraun owns 68% of Consol, one of the USA's top four coal producers. Consol was publicly listed last year.

ILN understands a senior Consol manager has been seconded to Australia for 12 months to assist with the acquisition process. While Consol are among the world's most sophisticated operators of longwall mines, the most likely synergies for Thiess and Rheinbraun are probably in open-cut coal mining where Thiess is a dominant player.

The SATS solution allows one operator to remotely control up to four dozers from one office. 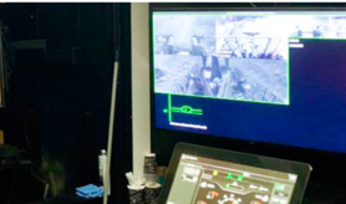 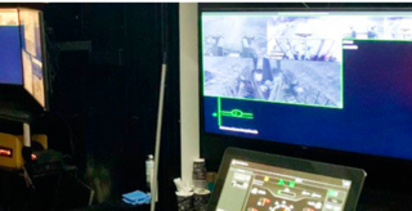