NSW-Government-owned rail freight carrier FreightCorp has continued its drive to become a major national operator by securing a new 10-year contract to haul 6Mtpa of domestic and export coal in central Queensland from late 2001.

FreightCorp said Queensland power generator Stanwell Corporation and coal producers Jellinbah Resources and Ensham Resources had named it as the preferred operator for the contract, which will be based on the Blackwater to Gladstone rail line and will see FreightCorp haul coal from Blackwater region mines to Stanwell power station near Rockhampton, and to the Port of Gladstone for export.

The three Queensland companies co-ordinated a rail haulage tender process in November 1999, "seeking to improve their competitiveness by reducing rail freight costs", FreightCorp said. "The service will be FreightCorp's first based in Queensland and its first on a narrow gauge rail network complementing other bulk haul operations in NSW and South Australia," it said.

"The selection of FreightCorp as preferred operator by these important companies is the result of a demonstrated capability for establishing efficient bulk rail haul services on various routes in southern and eastern Australia," said FreightCorp chairman Paul Espie. "This is the core strategy for FreightCorp.

"FreightCorp will deliver real benefits to the companies and to regional Queensland by way of new capital investment, reduced costs, service innovation and operating efficiencies.

"These companies putting their rail haul requirements to tender, like Flinders Power in South Australia — for whom we've hauled coal for a year now — demonstrate the rapidly emerging national market for rail based bulk products."

FreightCorp managing director Lucio Di Bartolomeo said the corporation was working closely with the Queensland Competition Authority and Queensland rail network owner Queensland Rail, to "reach an acceptable commercial outcome so that the service can be up and running by late 2001". He said negotiation of the access rates and conditions was now the key issue in finalising its entry into the Queensland market.

The NSW rail freight group, which posted 1998-99 revenues of $688 million, will operate the contract from a new base at Rockhampton, Queensland. FreightCorp said it would invest $70 million in narrow gauge locomotives and rollingstock, and a new fleet maintenance facility at Rockhampton. Its service would be delivered using two train sets of 100 wagons each, operating on a continuous 24-hours-a-day, 365-days-a-year basis.

WA miners are taking advantage of the state's gas supplies. 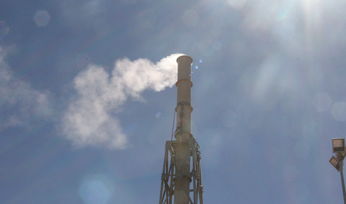 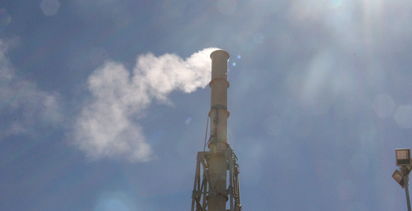 Hogsback on the Queensland jobs boom