THE process engineer behind the Moranbah North underground control network, Ci Technologies Pty Ltd, says it will allow mine owner Shell Coal Australia to achieve significant productivity and cost gains as a direct result of the state-of-the-art system.

Unlike many other mines, Moranbah North had a vision for its control system from the outset. It would help create greater flexibility in operating staff and increase the mobility of mine personnel, while allowing rapid access to maintenance documentation and production information “from anywhere”, including the longwall maingate.

“The vision required the use of technologies more commonly used in business environments than in mining environments,” said Ci Technologies industry manager Richard Bailey. “However, the final product has been found to be extremely well adapted to the adverse conditions found in underground mining.”

Ci Technologies, which engineered the project over a 12-month period, conducted a comprehensive risk assessment which identified the technologies and system attributes needed to overcome problems associated with running an ethernet network in an underground environment. The highest risk to network reliability was found to be the switching hub which connected surface and underground system legs. “Localised redundancy” was conceived and implemented to solve this problem.

“Each Citect computer underground is a standby IO server for its local PLCs,” said Ci Technologies regional engineering manager Steve Miller. “In the event that the communications link to the two surface Citect servers fail, the underground Citects instantly take over data acquisition tasks for their local PLCs.

In line with the mine’s initial 10-year development plan, Ci Technologies designed the control system for “zero engineering modifications” for the first 10 years of operation.

“This was achieved by building a high level of configurability into the system,” said Bailey.

“This means all processes which will require modification during the first 10 years of operations are built to accept new configurations in run time from process personnel, rather than engineering personnel.”

All information stored on the SQL server is published via a web interface. According to Bailey, this allows any authorised Shell personnel to access production and downtime information via the company’s intranet service. The information could be accessed from the longwall at Moranbah North, or from Shell’s Brisbane or Melbourne offices. One benefit of the information — including material such as maintenance documentation — available at any Citect station is that it greatly reduces travel time for personnel within the mine.

“Information everywhere allows personnel to view the status of the entire site at any location,” Bailey said. “In some cases they can perform control (functions) from remote locations. For example, a mine electrician can see, and reset some, circuit breaker faults from any location." 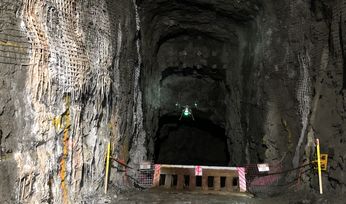 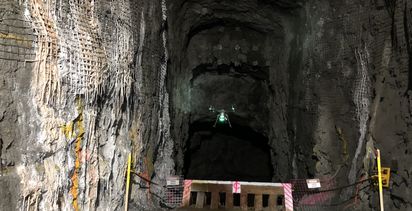