Austral sets itself for the long haul

Austral Coal has reported a successful longwall changeout for its Tahmoor Colliery, 80km south-west of Sydney in the Southern Coalfield of New South Wales.

The scheduled longwall changeover from panel 17 to 18 was accomplished in a record time of less than four weeks, the company said.

"However, as is normally the case, production was reduced for a period of more than a week due to roof bolting prior to the move and for a further week during recommissioning of the equipment. The changeover was completed within budget and the mine resumed coal production from the 2Mt panel 18 on June 23."

Austral spent $3 million during the changeover period on a major overhaul of longwall equipment, including the shearer, chock supports and replacement of 6700m of conveyor belting in the coal haulage system.

Mine development of 1283m continued to keep abreast of longwall extraction and maintained the eight week development lead. The introduction of improved process controls in coal preparation has improved coal recovery from 77% to 85%. Excellent productivity in gas drilling and drainage was reported with 18,468m drilled during the quarter. Longwall block 19 is two thirds drilled and under drainage.

Austral also announced finalisation of the acquisition of the contiguous Bargo lease for $1.3 million. Bargo has measured recoverable reserves of 153Mt. Production at around 2.5Mtpa is anticipated.

Austral has commenced a feasibility study of using Tahmoor's existing infrastructure. The lease is expected to accommodate longwall panels of up to 4km in length. In addition, at an estimated working thickness of 1.6-2.3m, the Bulli seam is thicker than Tahmoor's current workings at 2.1m.

"The Bargo resource potentially provides a significant increase in the remaining proved and probable reserves of 34Mt in the Tahmoor and Tahmoor North leases and may greatly extend the economic life of the Tahmoor mine," the company said. 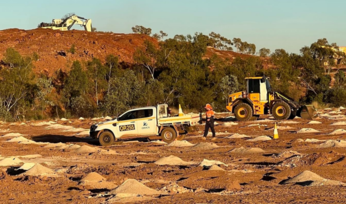 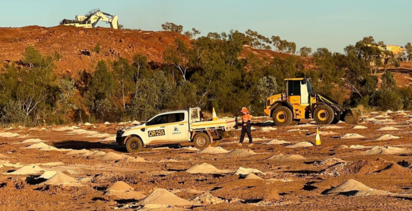