BHP has announced approval for the development of an underground longwall mine at the San Juan thermal coal operations in New Mexico.

By late 2002, a new 6 million tonne longwall mine should be up and running in New Mexico in the United States providing a higher quality coal at a lower cost per tonne to its power station customer.

BHP has announced approvals for the development of an underground mine to replace production from two existing surface mines - San Juan and La Plata - in New Mexico. The Public Service Company of New Mexico (PNM), which owns 46% of San Juan and operates the station, said the revised coal contract is expected to save it $US400-500 million in fuel costs over the next 17 years.

Harry Schanning, PNM's director of fuel supply, said: "When fully operational, this will be one of the largest longwall mines in the United States, capable of producing over 25,000 tons of coal per day," Schanning said. "This new technology is expected to provide economies in the form of both lower production costs and lower reclamation costs."

President BHP Coal, Mike Oppenheimer, said the project would ensure the San Juan coal operations continue to operate profitably well into the future: “The underground development will assure the viability of the San Juan coal assets by significantly reducing the cost of coal supplied to our customer, the San Juan Generating Station. Rising surface mining costs are threatening their competitiveness in the increasingly deregulated Western US power market.”

Besides saving on fuel costs, the cleaner-burning, less abrasive coal is expected to reduce PNM's share of the plant's maintenance and operating expenses by approximately $US2 million per year. The plant will begin to realize some of the benefits of the higher quality coal next year, as the existing surface mines are phased out and the underground mine is developed. The underground mine is scheduled to be in full production by November 2002.

With a net capacity of 1647MW, San Juan is the seventh largest coal-fired plant in the western United States. The plant consumes nearly 7 million tons of coal a year, generating enough electricity to light about 1.8 million homes. PNM owns 46% of San Juan and is the operator of the plant.

Development will commence immediately with full production expected in late 2002 after a two-year construction period. Annual production will be 6.5 million short tons (5.9 million metric tonnes). Capital expenditure is estimated at $US148 million. 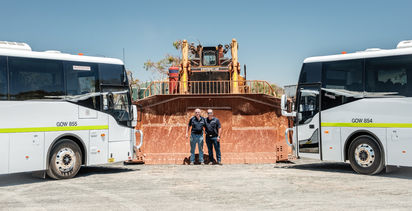