Ease of application, rapid results and high levels of acceptance is the general consensus by trial users of the Avitar ORALscreen saliva test at a Queensland mine.

Ease of application, rapid results and high levels of acceptance is the general consensus by trial users of the Avitar ORALscreen saliva test. The US product has been on trial at the North Goonyella longwall mine in central Queensland for the last six months.

Mine safety manager Greg Hunt was instrumental in introducing the test into the mine after he heard about the product and contacted Avitar in the United States through the internet. Hunt said the introduction of some kind of testing procedure had begun as part of the implementation of new fitness for duty regulations under the new Coal Mine Act currently being introduced in Queensland.

After joining the mine in May 1999, Hunt began examining various methods of drug screening, including urine testing. These were found to be invasive, requiring additional facilities like extra toilets, were time consuming to administer and results were slow in coming. Other problems with urine samples include "chain of custody" issues. There must be complete certainty that the urine sample was collected from the individual, that the person’s identity is verified, that the sample was unadulterated, that the sample was sealed in the donor’s presence, etc.

The difference with saliva tests is it is non-invasive and offers a screen for drugs of abuse almost immediately, in the donor’s presence. There is no need for special facilities, nor for same sex collectors, and no possibility of sample adulteration, which all reduces chain of custody issues.

According to Avitar, results from the ORALscreen system shows a good percent agreement with laboratory-based urine screening results for the detection of cocaine and opiates after up to three days use. In one study, opiates were detected up to six days after use with ORALscreen and THC was detected up to six hours after marijuana was smoked.

Generally, ORALscreen has a window of senstivity to THC of one to 12 hours. One of the issues with drug screening is that marijuana users can retain traces of the drug in their system for weeks, but not be impaired. Hunt said if the saliva test identifies traces of marijuana, it is highly likely the individual has ingested marijuana very recently and is still physiologically impaired. In other words, the test will not reveal if a user smoked weed several days prior to being tested.

At North Goonyella the procedure is to test one in five contractors and visitors, and three in fifty permanent employees per shift. Those to be tested are randomly selected by computer. If a person fails the test they are not able to work and can go to a doctor for a urine test.

North Goonyella was recently bought by RAG Australia and will be operated by Thiess Contractors. Thiess are due to mobilise on site in November and are yet to determine drug testing procedures at the new site.

ORALscreen has also been introduced in a trial capacity at MIM Ernest Henry operations. The test is available through a Brad Strahan & Ass in Brisbane on (07) 3289 4682. 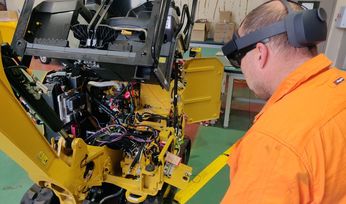 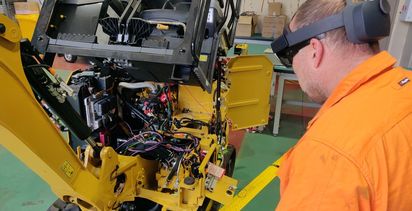