BHP exploration and development to December

BHP reported progress at several projects around the world during the quarter ended December 31.

BHP’s San Juan underground mine development, located in New Mexico, United States, received BHP board approval during mid-October. Notice was received from the United States Bureau of Land Management that BHP's bid for lease NMNM 99144 had been accepted contingent on Justice Department review.

The company said the acquisition of this lease would provide sufficient reserves to meet contracted sales requirements through to 2017.

“Development work commenced during early November utilising leased equipment and contract miners,” the company said in an announcement. “Thirty-four permanent underground employees were hired out of a planned underground work force of 200. A contractor was selected to complete the surface facilities construction and commenced detailed engineering and preliminary earthworks. In addition, the contractor selected to complete pressure grouting at the shaft site commenced work during December.”

Three of these employees visited Australian operations, including BHP’s Crinum mine in Queensland, in early February to assess operational parameters and equipment at the company’s other longwall operations. Bids have been received for the longwall equipment with selection scheduled in February/March.

Construction of the ventilation shaft is scheduled to begin in March and deliveries of underground development equipment are expected towards the end of the current quarter.

BHP reported that exploration mining at the Goonyella mine in Queensland had stopped.

“The outcomes of the exploration mining phase are now being fully analysed and documented as part of the feasibility study,” the company said.

More drilling is planned this year to ascertain coal quality in an adjoining area. It is also expected that an additional 3-D seismic survey will be completed by April-May 2001.

“These efforts are being conducted in parallel with widespread stakeholder and community consultation while progressing the Government approval process, including the development of an environmental impact statement which will be submitted early next year. Work to date is on schedule and within budget allocations,” BHP said.

Project coming to fruition on time and on budget. 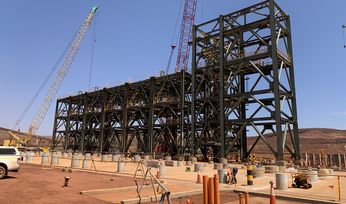 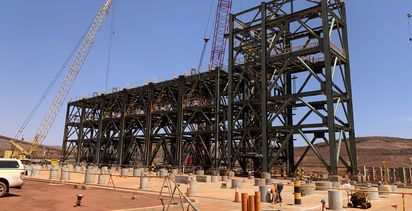