March symposium on gas from coal

BRISBANE-based Ultra Systems Technology, headed by Lindsay Juniper, will run a one day symposium entitled “Gas from Coal – A new Resource for the Energy Business?” on March 27 at the Carlton Crest Hotel in Brisbane.

According to symposium convenors, only a small portion of the estimated 69,000PJ to 210,000PJ of inferred gas resources bound up in Australian coal deposits as coal seam methane is currently being exploited. While there are a few projects operating or under development that might lead to the exploitation of this significant resource, the question remains whether the costs of delivery are competitive for power generation or other uses.

“Fugitive methane gas emissions from operating coal mines contribute an estimated 1000kt/annum, contributing 4% of Australia’s National Greenhouse Gas Inventory (NGGI). Most of this gas is vented to atmosphere with only about 10% being utilised or, at least, burnt to reduce greenhouse impacts,” according to the symposium program.

Some operating projects in New South Wales have shown the difficulty of dealing with this resource, however, pressure to reduce greenhouse gas emissions from this source have provided the coal industry with an incentive to demonstrate their responsibilities in this area.

Efforts to reduce greenhouse gas impacts of coal use for power generation have been directed towards the development of high efficiency power systems in the form of Integrated Gasification Combine Cycle (IGCC) plants.

“At this time, these units have not been developed to commercial reality but the development continues. This is particularly important in respect of it being used as a central focus for the zero-emission strategies, such as that being investigated under the US Department of Energy Vision 21 Program,” the program said.

Underground coal gasification is another technology that has been successfully developed in Russia and is currently being applied in Queensland.

Speakers include Alex Armstrong, consulting greenhouse response co-ordinator, Australian Coal Association, who will examine waste coal mine gas. Armstrong looks at options for utilisation and reviews current developments. According to Armstrong, interest has been growing from coal mine operators regarding harnessing methane.

Until recently he said this has not been financially viable as the delivered energy has to compete with figures of around 3 cents/kilowatt hour, currently delivered by utilities. A range of old and new technologies are currently under investigation such as work being undertaken by Envirogen to build 40 reciprocating engines at coal mines in NSW and Queensland, capable of generating capacity of around 40 megawatts.

A number of lines of research are currently being carried out, designed to assist in the efficient exploitation of the resource. These range from extraction technologies to the utilisation of the gas for power generation and other uses.

Bryan Coulter, deputy director general of the Queensland Department of Mines and Energy, new petroleum and gas regulation, will examine issues regarding conversion of coal to gas and implications for the Government’s energy policy.

Abou Saghafi, CSIRO Energy Technology, will look at “Characterisation of Methane Extraction”, or getting the biggest bang for your buck. Saghafi will discuss gas flow properties within coal seams, maximising extraction and storage and sequestration issues.

The capture of mine methane would mitigate venting and flaring of future fugitive gas emissions. 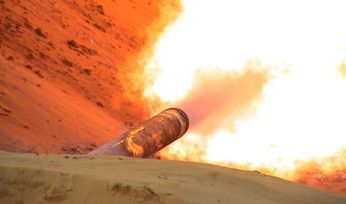 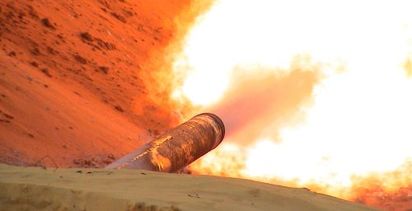