When Roger Trundle, the new managing director of Australia’s second largest contract mining company, farewelled predecessor Martin Albrecht late last year, he did so in the knowledge that Thiess had reached the strongest position in its long and celebrated history in Australia.

The company started by Queensland coal mining and national construction industry pioneer Leslie Thiess (later Sir Leslie Thiess) in the 1930s, and now part of the country’s largest engineering and construction group Leighton Holdings, is expected to reach a record $1.8 billion of turnover in 2000-01. Work in hand has topped $4 billion — more than half the record $7.57 billion announced last month by Leighton, and Thiess’ growth prospects are said to be solid.

Albrecht, who spent 15 years as Thiess boss, said he was leaving the company in good hands. “Roger’s wealth of experience in the construction and mining industries and his undoubted abilities and support throughout the Thiess organisation auger well for the next chapter of the company’s remarkable history.”

Albrecht said Thiess had a tremendous platform for sustained future growth, with new opportunities mounting in areas such as telecommunications and facilities management, as well as the company’s traditional businesses: mining, civil and process engineering, building and environmental services.

Far from being daunted at the prospect of adding his own chapter to the Thiess story, Trundle is quietly confident and enthusiastic. And with considerable justification. He has been responsible for the most dynamic part of Thiess’ business over the past five years. As executive general manager of the company’s Queensland, Northern Territory and Pacific region operations, Trundle has presided over Thiess’ strong re-emergence in the Queensland coal industry and the forging of firm links with major operators in Australia’s reconstructed coal sector, and building service ties with some of South East Asia’s biggest mines. The Queensland, NT and Pacific operations contributed 40% of Thiess’ revenue in the year to June 30, 2000.

He has also led aggressive moves by the company into areas such as mine and infrastructure maintenance, and even, briefly, into the explosive supply business. The latter foray helped drive down costs for Thiess and other mine operators and is said to have paved the way for long-term price competitiveness and stability in the supply of mining explosives to its operations.

Trundle takes on the top job at Thiess after more than 20 years with the company he joined as a civil engineer. He holds a BE (Civil) from the University of Queensland, is a member of the Institution of Engineers Australia and a Chartered Professional Engineer. In the middle of last year, in the lead up to his endorsement as managing director of Thiess, he completed the advanced management program at Harvard University in Massachusetts, USA.

Trundle said mining-related work accounted for up to 60% of the company’s order book. Thiess’ position had strengthened in a period of dramatic ownership rationalisation in the contracting sector, and during possibly the most intense scrutiny of the benefits of owner versus contract mining since the proliferation of contract miners began in Australia in the early 1980s.

“Where commodity prices are coming down, generally, mine owners will look for ways and means to reduce their cost base, and that’s quite legitimate,” Trundle said.

“There’s a tendency for them to jump to the conclusion, particularly where boards and management have decided they’ve got to do something to appease shareholders, that because the contractor is there he’s got to be earning a margin and therefore there is a cost reduction to be had.

“But I don’t think that’s always a legitimate assessment because it doesn’t take into account the focus and expertise, the cost-consciousness, and flexibility that the contractor brings to the mine.

“I would say nine times out of 10, in my experience, it’s just not an effective way for them to reduce costs. You could say that I’ve got a vested interest in progressing that argument, but I think if an independent assessment is done the conclusion will be that the contractor can deliver a service and make a margin for at least the cost, if not lower than, the owner can achieve, and take away some risk in the process and some investment in mobile plant and equipment which tends to be owned by the contractor.”

Despite some high-profile decisions to adopt owner mining at sites such as the Kalgoorlie Super Pit in Western Australia, Cadia in New South Wales and the giant Lihir gold mine in Papua New Guinea formerly operated by Thiess and Roche Bros, Trundle said he didn’t perceive a trend one way or the other. “There are plenty of examples at both the small and larger end of the industry where there’s movement in both directions. The larger mining companies still tend to do more of the work themselves, but there are good examples there too where they’ve outsourced their mining operations.

“We, for example, are running the Satui and Senakin mines in Indonesia for BHP, and they were handed over to us in the middle of the year (2000). We are also working with Rio Tinto at KPC (Kaltim Prima Coal) in Indonesia, in coal mining. We don’t run that total operation, but we do have a significant role to play there and we work closely with them.

“We, like a lot of others, would like to see Rio Tinto open up and use the benefits that are available from a contract operation more than they do. The fact is they’re not so driven, given the size and financial strength of the organisation, by the need to reduce their capital outlays, as much as a smaller operator or company that’s not as financially strong.”

Trundle said he expected the current tough market for mining service providers to maintain pressure on contractor numbers in Australia. The view has since been supported by the demise of NSW underground coal contractor Colrok. Apart from industry heavyweights Leighton, Thiess, Henry Walker Eltin and Downer Group, there remains a diverse band of smaller, specialised contract miners in the market, and a “second-rung” players list featuring the likes of Macmahon, Clough Mining, Byrnecut and Peabody Mining Services.

“There are some organisations in the mining sector that are finding it a bit difficult at the moment and it’s really a matter of how they continue to operate and whether there is a need to join with another company or broaden their base in some way,” Trundle said. “But I think there is going to be some more rationalisation.”

As well as further acquisition opportunities (Thiess bought Hunter Valley Earthmoving in 1999), Trundle sees growth possibilities in contract mining in Australia, South America and the Asia Pacific region. The company would continue to use its strong balance sheet to “create” opportunities and to capitalise on others. “I do think we stand a bit separate to other companies in our ability to take on substantial financial commitments, be it the purchase of substantial equipment fleets for large projects or involving ourselves at a very early stage in both greenfields and brownfields projects,” he said. 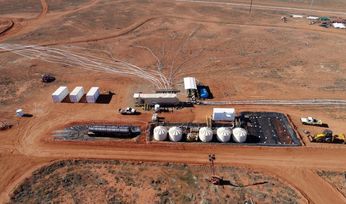 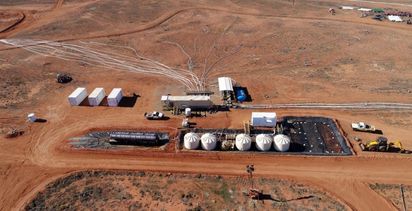