IN THE first eight months of business, online internet coal trading site oz-coal has sold over $3 million worth of coal, mostly into Europe.

Building upon its initial success, the Brisbane-based trading portal is now extending its services into Asia, and Indonesia in particular.

According to company director Faith Dempsey the oz-coal vision was to establish on the internet critical business links that would allow coal industry participants to buy, sell and export coal. While oz-coal started off posting only Australian coals, in recent months Chinese anthracite and Indonesia thermal coals have also been listed.

“With the success of oz-coal.com, the directors were ready to set up the next regional coal portal, asia-coal.com, by joining forces with a strategic partner to spearhead the project,” said Dempsey.

Michael Mewing, with some 20 years experience in the coal industry as a business analyst, marketer and trader, has joined oz-coal directors Faith Dempsey and Lindsay Juniper to form asia-coal.com.

His focus has been on the Asia-Pacific region and he has promoted coals from New South Wales, Queensland, South Africa and Indonesia. Mewing established the marketing consultancy company MC2 Company in August 2000.

His activities have principally focused on the Indonesian coal industry and the development of marketing strategies and activities for various clients. He has also been involved in the promotion of offshore transhipment facilities in Indonesia as well as carrying out various studies on behalf of a number of major coal producers in Australia, Indonesia and South Africa.

Indonesia’s rising importance as a thermal coal producer over the last five years is a major reason that country has been targeted by asia-coal.com.

“Its industry is not as mature as the Australian industry and thus is likely to adopt internet trading more readily for the purposes of cost, international access and speed of doing business,” oz-coal directors said. “Indonesian coal mines are located in fairly inaccessible regions so the advantage of doing business over the internet is very attractive.”

Asia-coal.com plans to be a niche provider for smaller, regional businesses with relatively less advanced marketing infrastructure such as Indonesia, Vietnam, China and Malaysia.

“This site will allow the business partners to expand into other coal producing regions of the world and add them to this single site,” Dempsey said.

Dempsey partly attributes the early success of oz-coal.com to the fact that coal buyers can source coals that they may not normally consider.

“Oz-coal.com provides the opportunity for coal sellers to publish their coals on a market board to be viewed by a wider range of buyers than they may normally deal with. It is also a convenient tool from a production viewpoint to post non-generic coal ie. coals that are not standard quality but could be suitable for blending.

“Mine planners can forecast when this non standard coal will be mined and have the opportunity to pre-sell this coal via the oz-coal.com market board prior to producing it.”

Mining induced fracturing extends well above the zone of depressurisation. 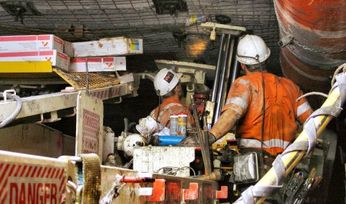