In America, NorWest’s principal offices are in Salt Lake City and Calgary with smaller offices in Vancouver, Victoria, Pittsburgh and Ashland, Kentucky. Internationally the company has offices in Jakarta, Calcutta and now Brisbane.

NorWest’s Brisbane office is headed up by managing director, Chris Seymour. Seymour had a 25-year career with Utah/BHP which included assignments in Queensland, San Francisco, South Africa, Chile, New Mexico, London and finally back in Queensland. During his last period in Queensland Seymour managed BHP’s response to the 1994 Moura accident, directed the construction and start up of Mt Owen, directed Crinum through the start up of its longwall operations and oversaw the transformation of Blackwater from an under-performing asset to BHP’s lowest cost and most productive coal mine.

Tim Mortimer is NorWest’s vice president of open cut services. Mortimer is a mining engineer who has worked in both open cut coal and underground metalliferous mining. Most recently he was employed by Roche Contractors on their opencut contract at Ulan.

Seymour said NorWest is currently in the process of engaging other staff and can offer a full range of consulting services backed up by its North American parent.

“The success of a consulting company is wholly dependent on its ability to retain quality people. Ownership by the employees is a key part of NorWest’s success,” he added.

According to Seymour, the particular strengths offered by the Brisbane office include:

“Longwall mining has long been a strength of NorWest and NorWest personnel have been involved in design and engineering studies for many of the highest performing US longwalls,” Seymour said. “More recently the company has offered operational excellence programs. For example last year NorWest was commissioned by two Arch Coal subsidiaries to assist them in improving their underground development rates. West Elk and SUFCO mine management was successful in increasing their development rates by 25% without infusion of capital.”

Due diligence support of Mergers and Acquisitions activity is another area where NorWest has been active. The company has been involved in most major US coal transaction in recent years, including Peabody, ARCO, Coastal, Cyprus Amax, Pittsburg and Midway, Westmoreland and Kennecott.

Internationally the company has been successful in bidding on a number of jobs for International Agencies, such as the World Bank. For example in 1997 NorWest started a two year project under World Bank funding to assist the Mongolian coal industry adapt to the challenges of operating in a competitive free market.

In a significant break from its past capacity as a purely consulting company, NorWest is taking on a significant role in managing the start up and operation of the Sarshatali coal project in India.

“In the past, NorWest had undertaken a number of jobs in Australia – including most recently a review of BHP’s Illawarra operations and a role as experts in a coal washplant dispute. With the increasing prominence of Australia as a coal exporter, the time had come to open a more permanent presence and NorWest Mine Consultants Pty Ltd was established in Brisbane in November 2000,” said Seymour.

In its first six months, the Brisbane office has completed a number of assignments including assisting with due diligence on a major coal acquisition, a coal mine pre-feasibility study, a review of ash disposal practices at Australian Power Plants, a survey of the equipment market for a potential new manufacturer and a number of property evaluations. 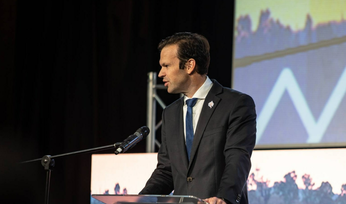 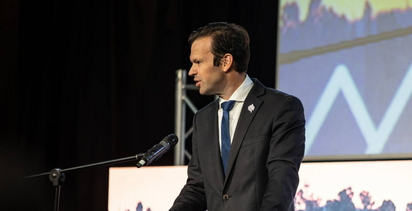