Rapid Mine Development conference a success

THE first international symposium on Rapid Mine Development as part of the conference series Aachen International Mining Symposia attracted close to 500 participants in May.

Representatives from national and international mining companies, mining authorities and state ministries, international media, as well as scientists from renowned research organisations from major raw material producing countries in the world met in Germany to exchange ideas around mine development.

Participants shared ideas about faster and cost-efficient preparation of mandatory mine infrastructure like shafts, ramps and roadways in order to ensure and realise future performance enhancements in mineral extraction. The large number of participants underlined the industry’s global need for know how transfer and the opportunity of exchanging experience on this issue.

A theme to emerge was an international demand for improvements in development advances in order to keep pace with increasing longwall production rates. Current CM advance rates average 100 m/d, however coal producers need advance rates up to 150 m/d. Where drilling and blasting is used, in particular in hard rock mines, the rates are about 10 m/month. Here the industry is looking for continuous cutting systems with faster rates.

In response to these requests the supply industry presented their newest developments in heading, machine and propulsion technology. Joy Mining Machinery, for example, introduced their IMM project (Integrated Mining Machine) which they are developing in collaboration with Arch Coal’s SUFCO coal mine. DBT America showed their new haulage system called DBT R.E.A.C.H. CSIRO Mining and Exploration presented their Automated Coal Conveying/Bolting Module ACBM which is going to be prepared for first underground trials in Australian coal mines within the next months.

New trends in shaft sinking and decline heading were also presented. The papers from USA, Australia, South Africa and Europe covered a wide range of different projects in coal and hard rock. Many of these authors referred to cost as one major aspect. Other speakers from Germany, USA, South Africa, Australia, Belarus, Poland, Japan, Sweden, Finland and Austria gave presentations on possibilities of automation, on the application of computer simulation and virtual reality, on the use of planning software as well as on improvements in mine safety and occupational health. In particular Atlas Copco Rock Drills and Sandvik Tamrock described their autonomous drilling solution whereas the German potassium mining company Kali und Salz presented their autonomous loading project.

The high quality of the presentations, the discussions, the experience exchange, the accompanying exhibition and last but not least the evening “get together” were the main factors for the success of this event organisers said. Rapid Mine Development would be established as part of Aachen’s international conference calendar and will be organized again in 2005. The theme for the 2003 conference is “High Performance Mine Production – Longwall, stoping, other mining methods.”

All conference contributions are included in one volume which can be obtained from the Institute of Mining Engineering 1 at the Aachen University. 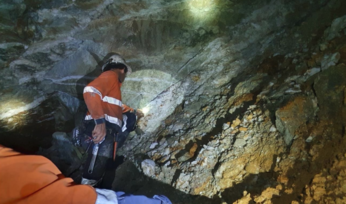 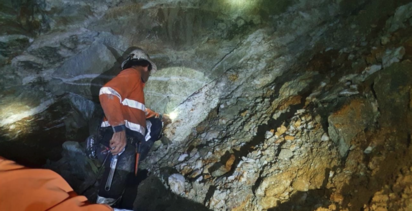