AFTER five years of research, 10 months of negotiation and against stiff competition from other drill manufacturers, Valley Longwall Drilling (VLD) has won the contract for an underground directional drill rig from the joint venture company Shanxi Asian American Daning Energy Company Limited.

It is the company's first Drilling Systems sale into China. The drill rig forms a major part of the drilling system that will be assembled ready for export to China by late January, 2003. Other components include the Australian designed and manufactured Advanced Mining Technologies DDM MECCA electronic guidance tool, VLD designed and manufactured rod and equipment carrying trailers and a variety of drilling and gas drainage consumables.

VLD and its agent in China, Wadam Industries have secured a long term agency arrangement into China for the AMT DDM MECCA, as well as setting up agency arrangements with Asahi Diamond Australia, Ground Consolidation, Lunagas and a variety of other drilling component and drilling consumables related companies.

The opportunity arose when VLD presented as part of the Wadam Industries stand at the last China Coal Conference held in Beijing in October 2001. This was followed up by site visits to the Daning Coal Mine in the Quinshui Coal Field in Shanxi Province. During these visits, audits were carried out on the suitability of directional drilling for coal degasification at the mine.

"Management of the Daning Coal Mine were particularly receptive to the proposals put forward by VLD, based on our knowledge and reputation as the world leaders in in-seam directional drilling," said VLD general manager, Chris Freer. "The real clincher in the deal was the ongoing support and development program that VLD was able to offer the mine."

VLD currently runs a fleet of 11 directional drill rigs working throughout the Queensland and NSW coal fields. The company was recently awarded long term directional drilling contracts at Capcoal (Southern and Central mines) and the greenfield Grasstree Mine in Queensland.

Recently, in a world first, Valley Longwall has been working with CSIRO, HFT, SCT, Dartbrook Coal Mine and Tahmoor Colliery towards perfecting and commercialising in-seam hydrofrac processes to stimulate gas flows from horizontal directional drill holes. (This will be the subject of a technical paper for the March 2003 edition of Australia's Longwalls).

"Over the past 2Â½ years, VLD has manufactured 2 drill rigs for our own use, and modified a variety of other drill rigs owned by the company to enhance their suitability for in seam directional drilling," Freer said.

"Our VLD designed and built 1300 Explorer rig working at Tahmoor broke the world record for in seam directionally drilled metres in a shift recently, achieving 624 metres in the industry standard 8 hour shift. This follows the completion of a world record 1761 metre directionally drilled hole at Newlands Coal Project in February 2002. This has all been achieved without a lost time injury across our mining operations.

"As we move toward the close of 2002, VLD can look back to a year of significant achievements and forward to exciting challenges both within Australia and in the emergent Chinese market place." 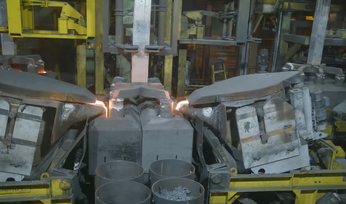 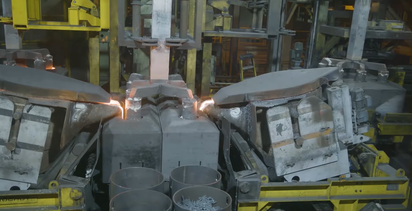