MECHANICAL rock-cutting machine specialist Voest-Alpine, part of the Sandvik Mining and Construction business area of Sweden's Sandvik group, continues to expand the use of its advanced ICUTROC cutting technology in tunnelling applications. 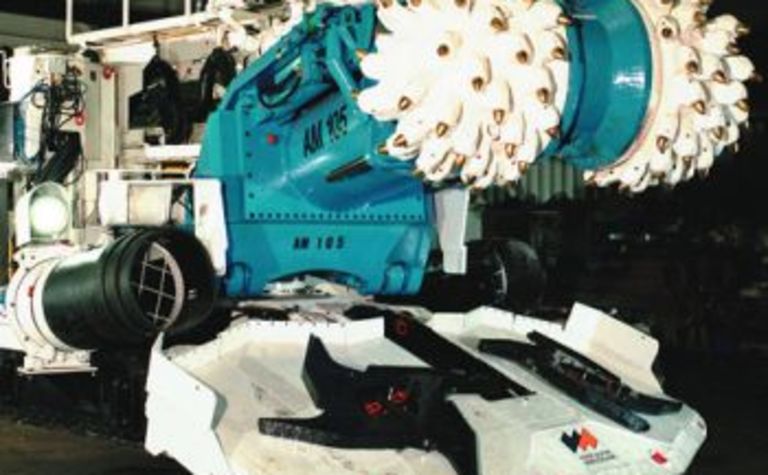 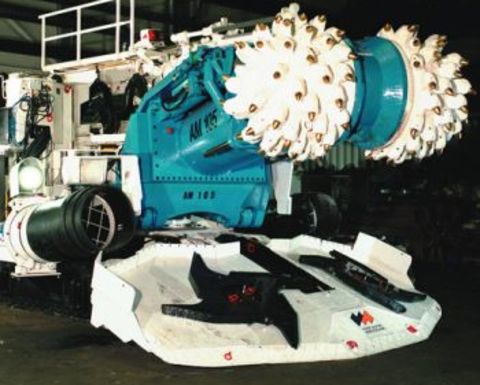 The company, which also claims to have reintroduced mechanical rock cutting as a viable alternative to drilling and blasting in many mines, says its 120-tonne roadheaders are proving particularly versatile and popular in a wide range of conditions. Its 100t ICUTROC machines are the ATM 105-IC (Alpine Tunnel Miner) and AHM 105 (Alpine Hardrock Miner).

Voest-Alpine recently supplied an ATM 105-IC to Canadian contractor Neilson Excavation to assist with the Montreal metro extension project. The roadheader is excavating part of the 5.2km tunnel from the city of Laval to the existing Henri-Bourassa Station in Montreal, Quebec.

The unit was selected for its 51-cubic-metre cutting profile (with the telescopic boom extended), according to the contractor. It achieves a cutting height of 6.1m and cutting width of 8.9m, with an undercut range to 200mm.

The ATM 105-IC is excavating sedimentary rocks consisting of shaly fossiliferous limestone, slightly shaly crystalline limestone and shale with occasional diabase dykes. The rock mass is rated at 30MPa and abrasiveness is 0.3-1.15 CAI.

Over 70,000cu.m of excavation, the cutting rate has reportedly averaged 39.2cu.m per net cutting hour, with specific pick consumption at 0.103 picks/cu.m.

“A single-round advancement measurement was dependent on the ground conditions and the two-shift productivity up to 14m before the temporary support system was applied. Productivity averaged 8.6m per double shift,” the company said.

“Whilst the support system – that is, roof bolts etc – were installed at one heading during night time, the roadheader was mobilised to the opposite heading, this completing one 24-hour cycle.”

According to the company, the ATM 105-IC’s features extended its range of use across a wide band of roadway developments in hard and abrasive rock formations.

“The machine is designed for economical excavation of rock exceeding 100Mpa uniaxial compressive strength due to optimised robust machine design and 300kW cutting power for low-speed cutting,” the supplier said.

“There is efficiency dust suppression and cooling of cutting tools due to a high pressure pick flushing system.”

A Neilson-EBC joint venture recently won the contract for Lot C01 and will use two ATM105s to complete the Laval Metro on schedule.

In coal applications, a Voest-Alpine AM75 was used to develop a roadway for longwall development at the Borynia Colliery in Poland. The rock type was coal with a shale roof and floor with a rock strength of 28-40Mpa (Bituminous coal) and 21-40Mpa (shale). Abrasivity for the shale was 0.55-0.78 CAI.

Net Cutting Rate measured 84.5bcm/hr for a daily advance rate of up to 15m. Specific pick consumption was about 0.03-0.04 picks/bcm. The roof was supported with steel arches with wiremesh.