EVEN conveyor equipment suppliers say building larger systems is not the best route to higher longwall production at many sites.

Higher-capacity conveyors are not the only solution to achieving increased annual production at many local longwall mines, according to leading conveyor manufacturers.

They say poor utilisation suggests mines need to make better use of existing capacity. Steady, consistent production from the longwall face, and getting the conveyor system design right in the first place, should be priorities for operators.

In the past 10 years coal clearance capacity – a factor of rating (tonnes per hour) multiplied by reliability, and by utilisation – has increased dramatically. The late 1990s saw a quantum leap in clearance capacity with large Queensland mines such as Moranbah North and Oaky North coming on stream, said Continental Conveyors sales director, Dave Goodwin.

According to Mark Elliott of Conveyor Engineering Solutions, if the trend to greater output continues into the future more coal clearance capacity will be required.

Elliott said in 1988 the best Australian longwall output was 940,750 tonnes per annum. Today the figure was 4.5Mtpa.

But, as Elliott pointed out, the industry best longwall only managed 514t per life hour. Therefore, “bigger is not the answer”

Looking ahead over the next decade Mark Patterson, marketing and sales manager for Nepean Conveyors, said future gains would come not from growth in size but from improved availability.

“A better understanding of maintenance and reliability issues will result in increased availability and greater productivity. This in turn gives the operator a higher return on investment,” he said.

Maintenance of conveyors could be enhanced through improved access to components, intuitive diagnostics, captive hardware/special tools and better cooperation with original equipment manufacturers (OEM) leading into the service period.

At present, modern mines have maingate systems rated at 2500-3500tph, however, if growth trends are indicative of where coal clearance capacity is headed, 5000tph may become a future requirement. While a maingate conveyor rated at 3500tph is not at the high end of the spectrum, this capacity represents proven technology, and according to Patterson is more than adequate to cope with future demand.

“This steady as she goes approach provides a higher return on investment and reduces the demands of occupational health and safety.”

As Goodwin pointed out: “Going bigger and faster for the future comes at a price. Maingate structures 1800mm wide running at 5000tph are already in use. Occupational health and safety issues and the challenge to fully automate the maingate retraction process is now a reality.”

“However, we must also recognise that installing a high-capacity reliable conveyor system does not guarantee high production rates.”

Goodwin said the Scissorveyor belt retraction concept (used at Moranbah North mine), was the first step towards automating retraction.

All of the conveyor OEMs stressed the importance of initial design and close cooperation between the end user and the OEM.

During conveyor design Continental used a range of tools, including dynamic analysis modelling, which allowed conditions in a conveyor system to be simulated so that potential problems could be dealt with at the design stage – particularly important in the design of high-capacity maingate belts, Goodwin said. This is a big step compared with the static modelling of the past.

“Continental Conveyor has made large inroads with the development of adaptive software technology designed to manage the total power and control system complexity with vastly improved conveyor performance in real time,” Goodwin added.

Nepean’s Patterson called for longwall operators to adopt a culture shift towards better conveyor utilisation. “It would appear that many operators still aim to achieve high production rates for very short periods of time. What is required is a more steady approach to production, reducing the need for surcharge capacity.”

One possible solution is to operate armoured face conveyors well within the design limitations of the equipment, ensuring peak loads do not exceed the conveyor capacity. This would allow the face equipment to operate well below peak design loads, allowing planned production hours to be increased as unplanned maintenance demands are reduced.

Soft start technology is a critical factor to avoid overloading the system.

The trend towards larger conveyors rated at 5000tph was more a “rip, tear, bust” approach, Patterson said. This would typically require a 6000tph trunk system and possibly underground surcharge bins for deeper mines. These figures could also be achieved using a 1500mm belt running at 5.8m per second and 45-degree trough sets.

These bigger systems require more power, stronger and heavier belts, and heavier conveyor structure which all have a major impact on handling. With systems this size occupational health and safety becomes a major issue.

The main advantage with a 5000tph maingate conveyor is the capacity to offset lower availability, but return on investment is lower.

For Patterson the preferred option for the future is a 1500mm 3500tph maingate, but he concedes that narrowing the belt is an option, given certain technology advances. “3500tph can be achieved using 1200mm belt running at 7m per second on 35-degree troughing sets,” he said. “Existing drive technology has been employed to achieve this on overland systems.”

Some future innovations that would be required for higher capacities on narrow belts would be for controlled stopping using drives to power down/flywheels; increased idler spacing with 4.5m structure bays; and careful consideration to design of transfer points. A sacrificial feeder at the BSL-boot end would be required to accelerate material onto the receiving maingate conveyor.

Some technology improvements Goodwin pointed to include dewatering technology.

“In line tripper dewatering systems have significantly reduced down time associated with wash back on steeper drift belts,” he said.

“The current focus of most mines is to get out more tonnes,” Goodwin said. “Conveyor equipment is not perceived by most to attract a premium, making it harder for OEMs to reinvest in future research.”

Rothsay better than ever 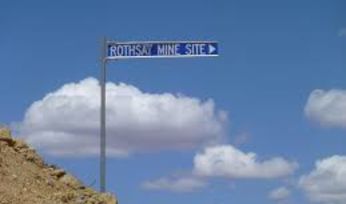 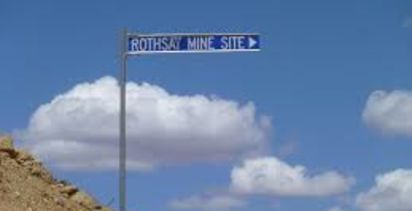