DURING a career spanning 25 years and two countries, Ed Trompak was involved with some of the worlds top longwall mines. He is remembered as one of the best longwall operators in the coal industry. 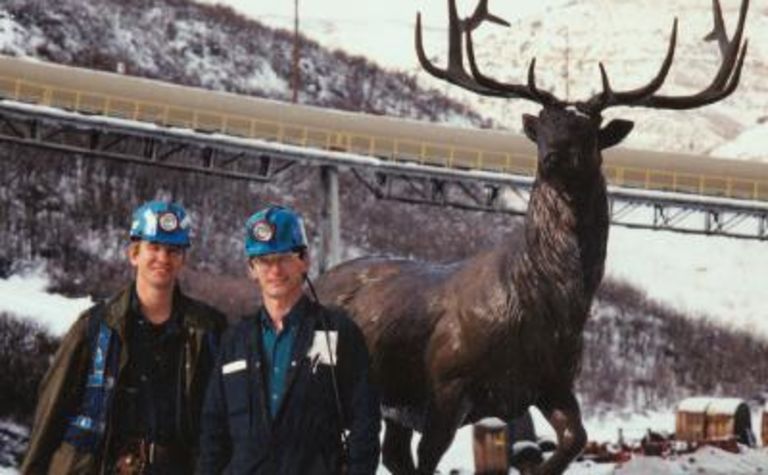 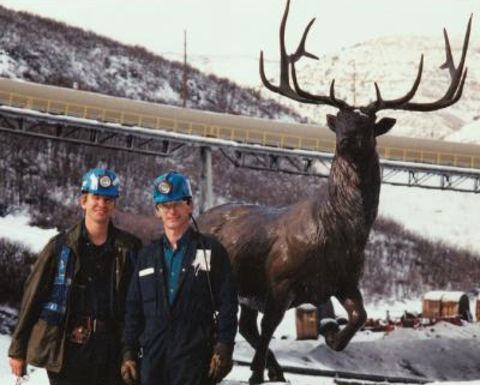 His childhood friend, Doug Conaway, remembers Ed was an excellent student who excelled in all athletic programs.

“He never hesitated to try anything new or different and everything he attempted to do he worked at it until he was successful or had mastered the skill. He carried this same determination and perseverance with him his entire life,” Conaway said.

Following his 1978 graduation from West Virginia University in Morgantown with a Bachelor of Science degree in Mining Engineering, Ed began his mining career at the Kitt Mine in West Virginia.

Ed was hired to participate in the Associates in Management program with an emphasis in operations management. He was well suited for the position since he had spent his college breaks involved in the “Loop Program” at Bethlehem Steel’s Coal Mining Division, designed to develop future management candidates.

As a management trainee, Ed worked directly for the mine foreman on special projects. Before long he took the foreman’s exam and began supervising his own crew. He had excellent leadership abilities and quickly earned the respect of colleagues. He could bring out the best in people and had an uncanny knack of reading people’s personalities and moods and then making them feel better.

In 1982, Ed advanced to senior mine engineer and was responsible for all engineering at Kitt Mine, he continued in this position until 1985 when he returned to operations to become longwall coordinator of a 1000 foot plus wide face.

Ed was first employed in Australia at BP Coal Australia’s Tahmoor mine in 1987, largely for his knowledge and experience of US Pittsburgh seam faces. He had been seconded from BP Coal America to assist with the running of the newly installed Tahmoor longwall.

Ed’s role was to assist with technical operational and maintenance issues and introduce sound systems for achieving a high level of equipment utilisation. This longwall subsequently ran at above 60% utilisation for several years.

At Tahmoor he reported to then mine manager Brian Nicholls, who had been instrumental in persuading BP Coal Australia to invest in the Tahmoor longwall.

The two men struck up a close working relationship and became firm friends.

On his first day at the mine Nicholls said to Ed: “Now listen here son, don’t try to tell these operators how good you yanks are at longwalling. Look, listen and ask for their ideas on how to make this thing (the longwall) the best in the country.”

From then on Nicholls referred to Ed as “son” and became “dad” to Ed.

Nicholls remembers that Ed fitted in well with the Tahmoor troops and became well-liked and respected for his longwall expertise and personable nature.

Ed remained at Tahmoor until BP Coal sold its coal assets worldwide in 1989. That same year he married Australian Tracey Peak and the couple moved to America.

Back to the USA

In October 1990 Ed was appointed longwall coordinator at West Elk, Colorado, primarily thanks to the Tahmoor longwall experience.

When he arrived, ARCO was in the early stages of specifying two longwalls, one for its Gordonstone operation in Australia and one for West Elk, for which Ed was responsible.

Ed and his team selected a package of Hemscheidt roof supports, a Westfalia conveyor system, and a Joy shearer, a different package in every respect from Gordonstone’s.

Although the West Elk longwall was purchased almost one year after Gordonstone, it was commissioned at nearly the same time. While Gordonstone struggled with various problems, West Elk’s new longwall was successful right out of the gate.

Under the guidance of Ed and the management team, the mostly green crew matured into a capable workforce, and continually improved after each longwall block.

West Elk was one of the first truly high seam longwalls in the USA. Prior to West Elk longwall mines had been dominated by mid seam mines in the eastern United States. High seam longwalls of over 4 metres in cutting height were rare in the western USA, and left horizon challenges were generally new to the industry.

Ed took the production and appearance of the longwall quite personally, and spent a great deal of time underground in his early years as longwall coordinator.

After delivery of the longwall in April 1992, it began operation as a 725 feet wide face in July. Four panels were mined at this width. In 1994, the decision was made to widen the face to 940ft, the same width it operates at today.

Under Ed’s direction, the longwall steadily ramped up production, culminating in a world record shift production of 19,375t in a single 8 hour shift during October, 1998.

Ed's time at West Elk also marked a stressful period in his personal life as health problems surfaced in October, 1990. He was on an overseas trip when a severe health problem lead to the removal of a kidney and the resulting diagnosis of renal cell carcinoma (kidney cancer).

In 1994, additional health problems arose, as did the discovery that the cancer had metastisised to his brain. This would be the beginning of an almost constant battle against cancer.

Ed did not let these problems get him down, and strived...click here to read on.

The cause of this fire has not yet been established. 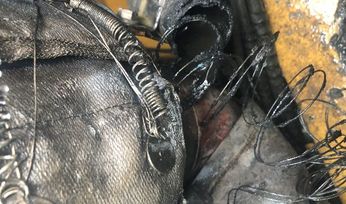 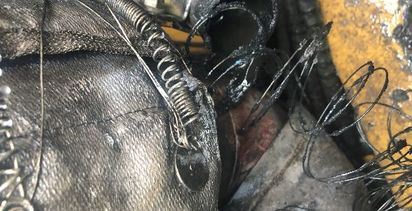 Artemis looks at diamonds in rough