AUSTDAC has released a new voice communication system that significantly enhances the capabilities of its standard battery mini-amplifier (BMA) used on conveyor systems.

Each station on a mine’s conveyor can be fitted with the new BMA insert to show all system parameters, including line and battery charge, as well as pre-start monitoring.

The system is expected to maximise fault-finding and minimise system downtime.

Austdac has also developed an additional keypad that can be connected to each station, effectively turning each BMA into a telephone line. Underground workers can then gain rapid access to a telephone line from multiple locations.

Gilmour said other system improvements include computerising of the BMA switch system, enabling a surface controller to communicate with any part of the mine at the touch of a computer mouse.

In related company news, Austdac has just supplied its first system outside Australia to the new Russian longwall mine Kyrgaiskaya. A BMA and dupline control system was supplied as part of a Baldwin & Francis package. 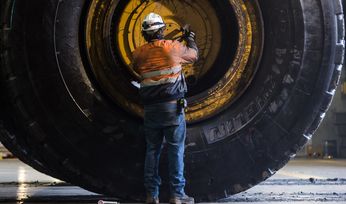 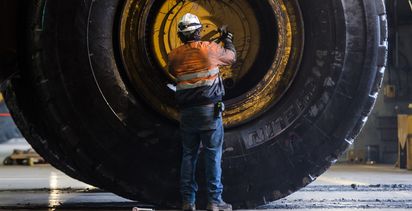