A ROBOT similar to those used in the World Trade Centre search and rescue operations is the latest addition to Queenslands Safety In Mines Testing and Research Station (SIMTARS), with the Talon robot set to be modified to suit the environmental conditions of Queenslands underground coal mines. 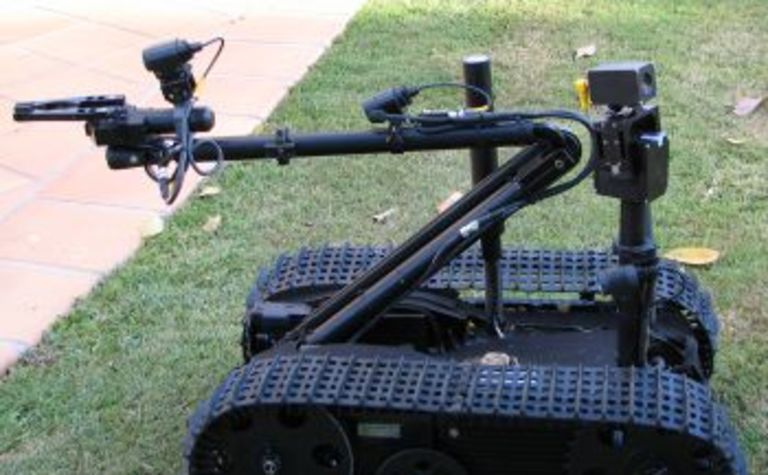 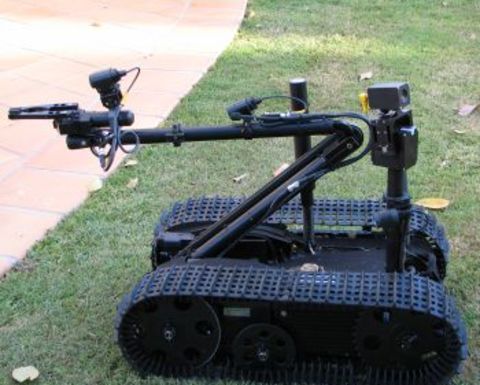 Weighing just 39kg and standing under 30cm, the rugged Talon robot can traverse most terrain, negotiate rock piles, climbs stairs and right itself. Its amphibious design allows it to operate underwater if necessary at depths of up to 27m if configured properly.

SIMTARS director Stewart Bell says the Talon robot could be used to enter dangerous areas to collect important data or search for personnel after a mine disaster.

"Exploring underground mines following fires or explosions for rescue and recovery purposes has always been a difficult and very dangerous task. New generation, highly mobile robots like the Talon provide a safe answer to this problem," said Bell.

The Talon design was originally conceived by the US Defense Advanced Research Program Agency (DARPA), the research group responsible for robotic or unmanned creations such as the Robonaut (with NASA), the Micro Aerial Vehicle (with Honeywell) and the unmanned vehicle race, the DARPA Grand Challenge [see related stories on AIN].

SIMTARS purchased the robot from US manufacturer Foster Miller for around $A250,000 following the success of similar robots in search and rescue or bomb disposal/retrieval applications around the world. Foster Miller use the slogan “The Soldier’s Choice” to market the robot, also available in “weaponised” models.

For SIMTARS’ purpose, the Talon’s arm will be fitted with a manipulator arm rather than a rocket launcher. The manipulator arm’s gripper has a width of 152mm, with 340 degrees of articulation and capable of exerting up to 40psi of pressure. The arm is capable of lifting up to 9-11kg, depending on its configuration.

Remote operators will be able to use the robot’s “hand” to pick up and examine equipment at a disaster site once an incident has been contained, allowing operators to search a scene before deploying human rescue teams.

"The model that will be used in Queensland is fitted with a thermal imaging camera to assist in detecting survivors after a mine disaster, detecting hidden fires in coal mines, and the camera will also allow the robot to work in total darkness," said Bell.

“Queensland's mine safety record is one of the best in the world and with equipment like the Talon robot we can ensure it stays that way."

The Talon is operated remotely using the portable Operator Controller Unit (OCU), communicating with the robot either wirelessly or using fibre-optic lines.

The wireless options have a maximum range of 1200m, using a high gain radio antenna, but require line-of-sight, so SIMTARS will use a fibre-optic option, which it claims extends the robot’s operating range to 8km.

What the Talon lacks in self-determination, it makes up for in ruggedness.

“One was blown off the roof of a Humvee in Iraq recently while the Humvee was crossing a bridge over a river,” said manufacturer Foster Miller.

“TALON flew off the bridge and plunged into the river below. Soldiers later used its operator control unit to drive the robot back out of the river and up onto the bank so they could retrieve it.”

First time an Australian team has made it to the DARPA challenge final. 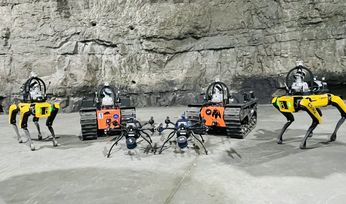 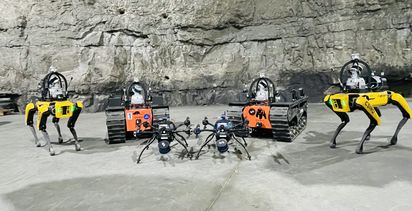 Simtars and Immersive Technology team up to boost training