BRISBANE-based Oldenburg Stamler has put the finishing touches to the biggest underground feeder breaker it has supplied to the Australian market. 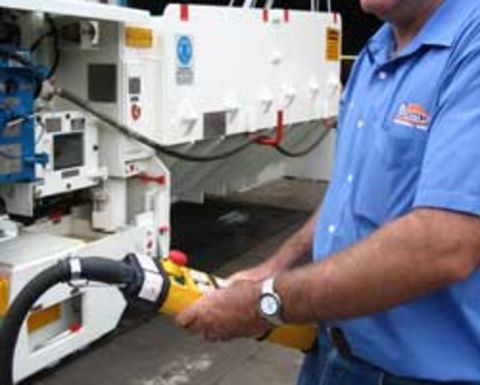 The new machine, rated at 1200 tonnes per hour and weighing 34,000kg, will be transported to Xstrata Coal’s Beltana mine in New South Wales later this month.

Designed to work in headings 3.1m high and 5.4m wide, it is equipped with a 1422mm wide conveyor to accept a full 20 cubic metre payload from a shuttle car.

The machine is fitted with extensive monitoring capabilities – including a camera in a flameproof enclosure on the hopper - to allow constant surveillance of the machine from the surface. All machine functions will also be monitored.

To further improve reliability, chain drives and associated sprockets and shear pins have been replaced with direct drive motors.

The feeder breaker is controlled by Allen Bradley control logic with diagnostics.

Once it is delivered to the mine, a surface trial of the machine will be conducted during which a coal sample will be introduced into the hopper. It is expected to be taken underground to begin service on Beltana’s next development roadway in December. 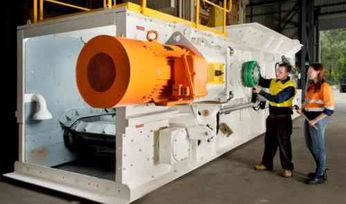 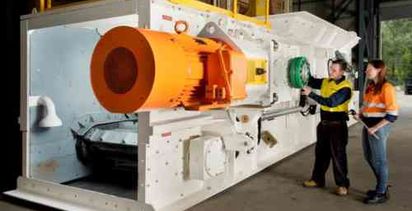