ARDENT Undergrounds latest contract has left it with enough work to keep its main rig fully occupied for the next two years.

Shaft development specialist Ardent Underground has won a contract to develop two new shafts on BHP Billiton’s Dendrobium Coal mine at Mt Kembla, New South Wales. That contract comes as the company is putting down a shaft for Peabody Australia North Goonyella mine in Queensland’s Bowen Basin.

Ardent technical director John Zeni said the company was in the process of sinking a shaft 6m in diameter to a final depth of 270m at North Goonyella.

He said the two Dendrobium shafts and the North Goonyella shaft would be for ventilation.

The Dendrobium job, which will begin once the North Goonyella shaft is completed in about six months time, involves the sinking of two shafts – one of 5m diameter and one of 4m diameter – to 260m.

Adding to the difficulty of any Dendrobium works is the mine’s location within the environmentally sensitive Sydney Water Catchment area.

It is expected the Dendrobium contract will keep Ardent’s main rig and its 20-strong crew fully occupied for another year and a half.

This is not the first time Ardent has sunk shafts at North Goonyella or Dendrobium. At North Goonyella the company sank the 4 North Ventilation Shaft to coal seam level at 256m. That involved sinking the first 113m at 3.15m diameter and then drilling the remaining 143m at 2.56m diameter.

Ardent’s previous Dendrobium job involved sinking Ventilation Shaft 1 to 186m. That shaft was 4.25m diameter. According to Ardent’s website, the job was completed prior to Dendrobium’s tunnels reaching the shaft bottom, which allowed the company to have the ventilation fan ready to run when the mine development reached the shaft location.

Besides Dendrobium and North Goonyella, another of Ardent’s recent jobs was Ventilation Shaft Number 3 at Springvale Coal at Lithgow. That shaft was bored at 4.25m diameter to 380m deep with a 3.5m internal diameter shaft lining installed to 357m deep.

So what does the future hold once the contracts are completed? Will the belief among geologists that the next major resources find may be at great depth bring increased opportunities for shaft developers?

According to Zeni, things are busy enough now.

“We’ve been hearing the next mines will be at greater depths than before for the past 10 years now,” he said.

“Generally there seems to be a strong market for mining construction at the moment, just because of the price of coal and the price of gold. People are bringing a lot of projects forward.”

In Ardent’s case the bulk of the work is coming in the coal industry, which is undergoing a wave of expansion. Just last month newcomer Cockatoo Coal flagged its intention to seek an Australian Stock Exchange listing and raise up to $25 million to prove up its more advanced coal prospects, including two in the Bowen Basin.

Like other shaft development companies, Ardent has been forced to develop its own equipment.

Zeni said that despite a few components that could be sourced from suppliers, the rest of the $3.5 million blind boring rig had been built by Ardent. He said the company also had a smaller rig.

As well as its shaft development work, Ardent acts as an agent for Italian rock cutter maker Palmieri.

The drive will connect with the vertical ventilation shaft at Savannah North. 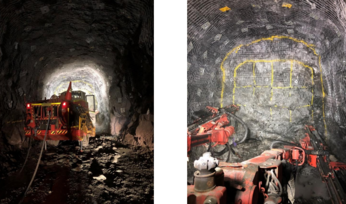 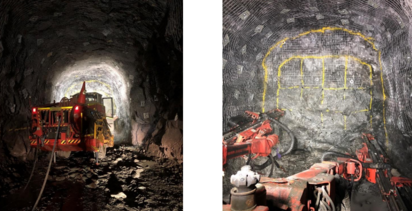