INJURIES reported in Queensland mines over the past three years have decreased by 40% despite the increased numbers of workers.

"Again last financial year there was a reduction in lost time injuries despite another significant increase in the number of people working in the industry," Natural Resources and Mines minister Henry Palaszczuk said.

Over the same three-year period the number of people directly employed in the mining industry has increased from 17,636 to 27,380. The coal industry suffered two fatalities in 2004-05, after three years without a fatality.

State Parliament has unanimously supported the State Government’s moves to strengthen the Mines Inspectorate, which include attracting appropriately qualified people with skills in fields such as occupational health and safety and inspection instead of being restricted to people with engineering qualifications.

The gearbox is connected via rated chains to the top beam of the lifting frame. 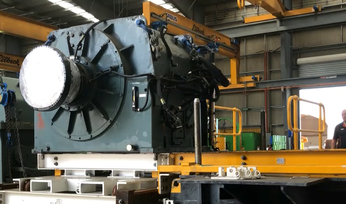 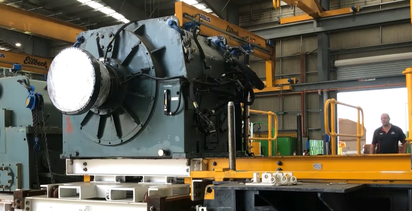 Bell drives down the EV chain