SINCE opening its doors in 1997, Inbye Mining Services has always had big aspirations, and today the Hunter Valley-based company is seeing the fruits of its efforts in growing orders for new equipment, as well as a significant share of the lucrative after-market business.

Inbye most recently positioned itself to take on major suppliers of original equipment through the formation of a strategic alliance with key suppliers of longwall equipment.

The aim was to offer all the components of a longwall package in a single tender. (To get some sense of the significance of this, bear in mind that buying a longwall today can cost anywhere up to $100 million and more.)

That brave move has not yet found anyone equally brave enough to be the first to order a complete longwall from Inbye but the industry has been left with little doubt regarding the veracity of Inbye’s ability to move on the majors.

Today Inbye is bigger than ever before and has an impressive book of new equipment orders, as well as its bread-and-butter overhaul and repair jobs. At any one time the company will be managing 40-50 jobs on-site. Increasingly, the work being undertaken includes equipment overhauls in Queensland operations.

Inbye has just received an AFC panline order from a New South Wales mine, making this the fourth panline the company will supply as original equipment.

Manufacture of the 42mm panline, being designed for a 20 million-tonne life, is due to start in October.

Managing director Richard Eveleigh said Inbye had worked hard on the metallurgy of its cast panlines. Typically, Bisalloy 400 is used for the deckplate and bottom plate.

“With the panlines, we believe the areas Inbye adds value is that we supply a better-wearing sigma profile than our competitors,” he said.

“To compete with the major OEMs we have to have a commercial advantage – that’s a pre-qualifier for us - and we have to demonstrate an equivalent or better level of technology.”

Orders such as these are expected to lift revenue derived from original equipment to 30% this fiscal year.

Safety is a major focus for the company, which is based on a nine-acre site in the Hunter Valley’s Rutherford township, and which is bursting at the seams as the work keeps pouring in.

Eveleigh was particularly proud to note the 70-strong workforce had gone two years lost time injury-free, a big achievement given the heavy equipment handled on a daily basis.

The Inbye board has been very supportive of ongoing training and development of workers, with the bulk receiving additional qualifications such as forklift and crane tickets.

“The safety committee tables a wish-list and if the solution costs under $1000 we’ll do it straight away,” said general manager Mark O’Toole, who has driven the safety agenda.

The biggest job on the workshop floor right now is the overhaul of the longwall equipment from the NSW Cumnock longwall operation, owned by Xstrata Coal and closed in September 2003.

The gear is destined to be installed as a second longwall face at Xstrata’s Oaky Creek No. 1 mine in central Queensland.

Inbye won the job to completely overhaul and re-tool the Cumnock face, scheduled for delivery to Queensland in September.

Eveleigh said the Cumnock roof supports were in pretty good nick. Other than soft floor conditions, which caused some damage to the relay bars and baselift, the Cumnock supports had not been subjected to particularly onerous mining conditions and were structurally sound.

The scope of work involved stripping each support down to a shell. The canopies, all hoses, valve gear, legs and rams were removed and sent out to sub-contractors for repair. The leg and ram overhaul was undertaken by Berendsens Fluid Power, which fitted Chesterton seals to the supports.

Longwall Advantage tested various roof support components, including transducers, junction boxes, control units and cables to ensure all faults were identified and rectified before the equipment was returned to service.

Each roof support shell was cleaned and repaired before being reassembled. Inbye supplied a new panline and new shearer haulage system from Eickhoff while the existing drive-frame and stageloader were modified. New chain and flights have been supplied by Reilloc.

“Our role is to put this all together and run a compatibility with the new line pan, drive frames, roof supports and shearer,” Eveleigh said.

The shearer, supplied by Eickhoff as part of a separate contract, was used previously at Xstrata Coal’s Oaky No. 1 operation. The distribution control box and substation came from the closed Alliance mine and were overhauled by Ampcontrol.

“The mine went through a lot of iterations on the electrical package and that was one of the more difficult parts of the task,” Eveleigh said.

In the end, the face will be a combination of overhauled gear and new componentry.

The second longwall will mine an already developed longwall block abandoned by previous management. It will also mine several areas adjacent to previously mined longwall panels containing total reserves of roughly 8 million tonnes in panels that are around 200m wide and 500m long, at a rate of about 1.9 million tonnes per annum.

Going forward, Eveleigh anticipates more work out of Queensland and the appointment of three additional Inbye representatives there in the near future.

Further growth is expected from the company’s new methane gas drainage services business, a logical offshoot of Inbye’s technical expertise, and for which a business plan is currently being developed.

Worker was struck by mobile plant. 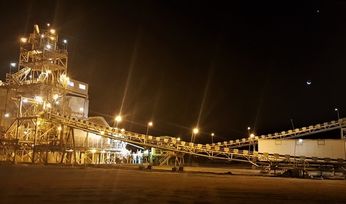 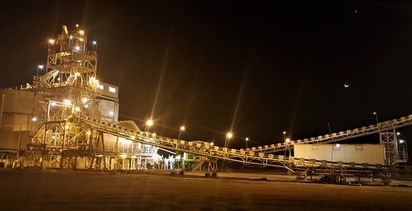