AUTHORITIES are still investigating the cause of a roof collapse that took the life of a miner at Rosebud Minings Logansport Mine in Bethel Township, northeast of Pittsburgh, on Monday.

Eric Benjamin Hill, 30, of Saltsburg, was operating a continuous miner about two miles from the entrance when part of the roof fell and pinned him beneath the machine, according to investigators. Initial reports indicated the rock section was about three feet by 12 feet and may have been caused by a horseback, or rock fracture.

Hill’s death has been ruled an accident. The cause of death is still being reviewed, but is being classified as asphyxiation in preliminary reports, said Armstrong County coroner Bob Brower.

The US Mine Safety and Health Administration (MSHA), the Pennsylvania Department of Environmental Protection (DEP) and Rosebud Mining are also looking into the details surrounding the collapse, according to the Associated Press. The DEP was already on-site at the complex conducting routine inspections at the time of the collapse.

Rosebud Mining owner and president Cliff Forrest told the Pittsburgh Tribune Review that Hill’s shift, which had begun at 6:30 AM that morning, was almost complete and that he was working in a 40in coal seam. Hill, he said, was “one of the best operators at the mine and was very skilled at his job”

“This is a tight-knit group, and it’s going to be difficult for everyone involved.”

Forrest told local media groups that Logansport will be idled pending a full investigation and to give employees and the families bereavement time.

The Logansport death is the second mining fatality in the state in 2005. Boyd Alfred Beer Jr, 26, of Kittanning died at the company's Tracy Lynne room and pillar facility in June, also due to a roof fall.

Rosebud is the third largest underground coal producer in Pennsylvania and operates nine deep mine complexes in five counties of the western area of the state.

Miner killed in a rock fall at Henty named as Cameron John Goss. 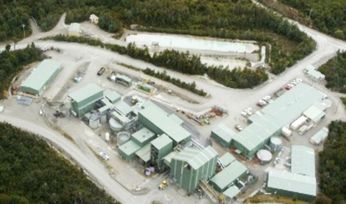 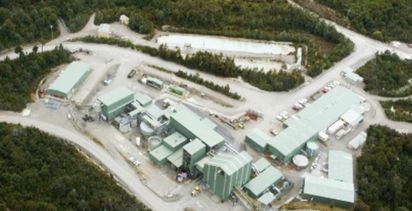