AFTER swallowing up the mining assets of Henry Walker Eltin, Leighton Contractors looms as the new king of the contract mining jungle. 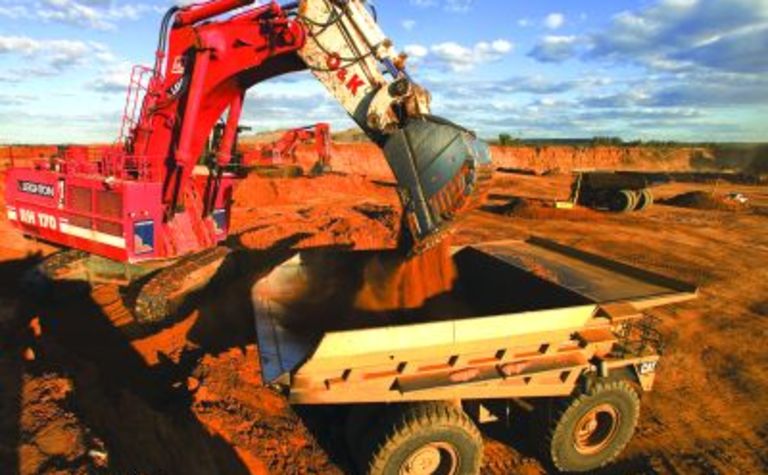 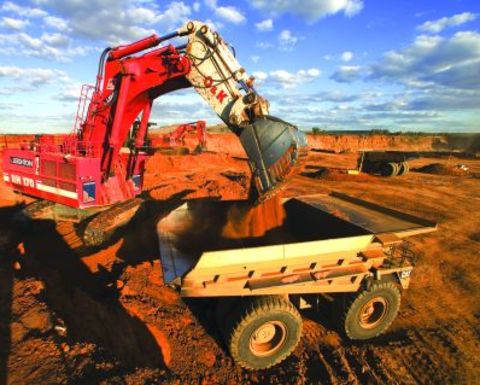 Is Leighton Contractors (Leighton) the King Kong of the engineering and contract mining sector? Following its purchase of failed engineering giant Henry Walker Eltin’s mining assets it could be argued that it is.

With HWE’s mining assets, Leighton – the construction, mining, services and telecommunications arm of Leighton Holdings, which bills itself as Australia’s largest contracting and project development business – will have $3.8 billion of work in hand and a staff of more than 5000. It makes Leighton one of the biggest players, if not the biggest, in the engineering and contract mining sector. A look at the annual results for United KG and Roche Mining, the resources arms of a couple of Leighton’s major competitors United Group and Downer EDI respectively, has United KG with an order book of $507 million and Roche Mining reporting sales of $1.6 billion for the 2005 financial year.

Coincidentally, a couple of Leighton’s biggest competitors in the engineering game are its Leighton Holdings stable mates Theiss and John Holland.

But does this create problems for those who could be looking for contract mining? This is unlikely because besides its larger competitors, Leighton also faces a host of private mining contractors such as Carey Mining and Barminco. Another clear indication is that the Australian Competition and Consumer Commission will not oppose the deal.

In a document called Leighton Holdings – Proposed Acquisition of Henry Walker Eltin Mining, the ACCC gives several reasons for not stepping in. Key among them was that the merged entity would continue to be constrained by a strong competitor in Roche.

“In addition, the merged firm will continue to be constrained by smaller contractors who can form joint ventures or alliances to be in a position to tender for larger scale projects,” the ACCC document says. It continues: “The merged firm is likely to continue to be constrained by customers who possess strong countervailing power given their ability to turn to in-house solutions to mining services”

That view has been backed by a number of analysts.

DJ Carmichael analyst Gaius King said private players such as Barminco, a specialist in underground operations, would be a key competitor, particularly with smaller companies seeking mining services. He said Barminco was renowned for being a keen competitor on price.

“I don’t think this purchase will make too much difference to those needing contract miners,” he said. “There are still a lot of mining contractors and engineers out there such as Roche, United KG, Monadelphous, Austin Engineering, GRD Minproc … and then there are a number of smaller shops.”

Leighton entered into a binding business sale agreement with HWE’s administrator McGrathNicol on December 1 and will:

* Pay a cash consideration of $215 million to HWE;

* Assume certain obligations of HWE Mining including those under its current finance lease, hire purchase and hire agreements.

However, Leighton’s coverage of HWE Mining’s obligations does not extend to trade creditors. There are also still a number of other conditions to be met before the sale goes through including Leighton receiving the approval of the Foreign Investment Review Board.

In return for its outlay Leighton will get HWE Mining’s assets, which include 15 mining operations with a combined turnover of about $650 million a year, work in hand of about $1.6 billion and a 1600-strong workforce.

One of the big pluses for Leighton from the deal is that it gains a foothold in the iron ore industry, something it has previously lacked.

A senior Leighton spokesman said the company had some iron ore work at Yarrie but, “like a lot of others, we’ve watched HWE over the years and their experience in iron ore. Leighton has really had more experience in gold and coal”

The spokesman said the biggest plus for Leighton was getting the 1600 staff and HWE’s name. He said missing out on either of those could have been a deal breaker.

There had been some thought that the Western Australian-based engineering player Monadelphous might have picked up HWE’s contract mining business. Monadelphous succeeded in picking up HWE’s highly profitable Northern Territory civil engineering business earlier this year.

A spokesman for Monadelphous declined to comment on the HWE Mining deal.

So what went wrong for HWE? The company was formed in 1999 by the merger of the Henry Walker Group and Eltin Ltd and seemed to be a power in the contract mining and civil engineering game. With a mining boom in full swing the only way should have been up.

However, a number of contract mining specialists were already noticing cracks in the HWE façade and on January 31 McGrathNicol was appointed voluntary administrator.

According to a McGrathNicol report to HWE creditors, the main reason for HWE’s failure was its decision to execute the Indonesian coal mining contract with PT Bumi Resources. That contract required funding of $US130 million but there were no committed financing facilities in place.

The report says by the time the administrators had been appointed, $US70.6 million had been invested in the project with another $US84.4 million due in April. This investment, the report says, placed considerable pressure on HWE’s cash resources.

Other contributing factors to HWE’s demise were:

* The development of strategy at management rather than board level; and

* A lack of integration of newly acquired businesses.

Outsiders also put the blame on HWE’s penchant for being particularly keen with its prices.

“HWE had quoted to mine Bronzewing. When they (HWE) went bust and View retendered it, the quote came back 30% higher than what HWE had been charging,” he said.

King said other companies competed quite successfully on price by being smart about how they did their contract. He pointed to Barminco which he said had some solid profit centres such as shotcreting, built into its contracts.

Contractor sale – at a glance

* Leighton Contractors gains 15 mining operations with a combined turnover of about $650 million a year, work in hand of about $1.6 billion and a 1600-strong workforce from Henry Walker Eltin.

* The ACCC says there will be enough competition from the likes of Roche Mining and smaller contractors and therefore will not oppose the deal.

* Main blame for HWE’s failure is linked to its involvement in an Indonesian coal mine.

Mining likely to get tight in the Giant Pit. 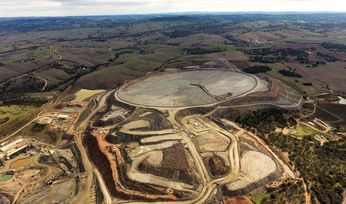 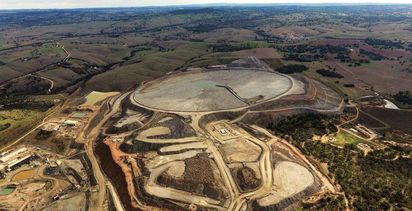