THE Sago explosion was not far from anyones mind at the WVCA Mining Symposium, which began Wednesday in West Virginia, as industry representatives discussed health and safety topics affecting operations. Donna Caudill reports from the conference. 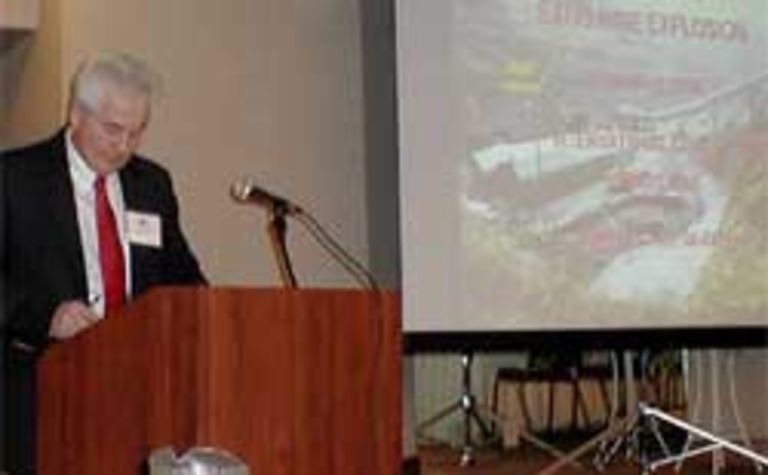 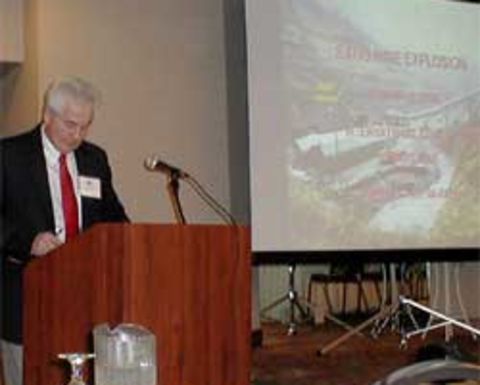 The health and safety workshop that kicked off the three-day event in Charleston began with Terry Farley of the West Virginia Office of Miners’ health Safety and Training, who touched upon a timeline of the January 2 Sago mine explosion as documented by MSHA.

Miners used CSE SR100 rescuers following the explosion, he said, and evidence was found that the packs were opened near the area of the mine that had been sealed off, which is where the explosion may possibly have originated. The seals, according to recent media reports, did not withstand the explosion and appeared to be blown outward from the gob. Farley also added that the seals were installed at that area of the mine in mid-December 2005.

Also appearing as presenters at the workshop were Jesse Cole from the US Mine Safety and Health Administration (MSHA), who spoke about safety trends; Steve Gigliotti, who presented MSHA’s “Make the Right Decision” campaign and introduced the agency’s “Rock Along” film; Julia Shreve from industry law firm Jackson Kelly; and Bob Beatty, a 10-year mining veteran who now works for law firm Dinsmore and Shohl.

Also speaking were WV Diesel Commission representative Kenny Dickens, as well as representatives of Spilman, Thomas and Battle, who discussed case developments and the latest in federal mine safety rulemaking.

WVCA Health and Safety Committee chairmen Dale Birchfield said in his opening remarks to guests that the topic of health and safety issues is especially appropriate now given the spotlight on it since the Sago accident.

“Right now, coal miner safety has been on the minds and lips of much of the world, with the events that have taken place over the last few weeks. But for those of us in the coal industry, coal miner safety is on our mind and on our lips every day of our lives,” he said.

Birchfield went on to note that improving health and safety in the mining industry and preventing accidents of all kinds into the future will require commitment and desire on the part of all workers at all levels.

“By nature, coal mining is not the safest industry in the world, but I think we’ve all learned over the years that we can do very much in making it more safe or less safe by the things that we allow as management, by holding people accountable, by the atmosphere we create through using technology and training and all of the different opportunities that we have to make our lives more safe – and I hope we will continue to make great strides.

“There’s no greater responsibility that we have as coal operators than to provide as safe an environment for our employees as we possibly can.”

AS THE days tick down before the West Virginia Coal Association's symposium on March 6-8 in Charleston,...