LONG-term stability into the next decade was the general consensus among North Americas leading consulting firms when quizzed on their coal industry forecasts. Answers littered with sustained, resilient and disciplined best described the long-term outlook for the industry from what proved to be an optimistic bunch of consultants.

Consultants Agapito, John T Boyd Company (BOYD), Marshall Miller & Associates, Marston, Norwest Corporation, Overland Conveyor Co and Weir International all took part in American Longwall Magazine’ inaugural survey, which addressed among many issues where the coal market was in its cycle and where it was headed.

Pittsburgh-based BOYD was confident in its prediction: “A strong price environment will last at least another decade and most likely beyond. This market environment, particularly for coal sourced from Appalachia, will be extended by mines that are depleting over the next decade.”

Likewise, Overland Conveyor Co was secure in its belief high local demand and stable prices would continue for at least five years as developing nations continue to demand coal to supplement their own burgeoning coal industries.

“We must remember that the industry has historically had a tendency to oversupply strong markets, and this may happen again. A more disciplined theme now dominates the coal industry, which bodes well for the prospect of longer-term stability. There is no doubt that companies are planning for significant new production,” Marshall Miller said.

“Under these circumstances, the rationale exists that both production and prices will remain stable and reasonably favorable. With a disciplined industry now more established, it is logical to expect that the industry will fully retain its favorable markets and also enjoy profitability.”

Traditionally up and down cycles in the coal industry have lasted 30 years. The entire decade of the 1970s was a period of excess demand with rising coal prices and efforts to increase capacity. From 1980 to 2000 was the “down” portion of the cycle marked by declining coal prices that stifled investment in new production capacity, BOYD said.

The upturn in the coal market with price stability and overall favorable increases occurred around the third quarter 2004 and continuously throughout 2005.

Recently, northern Appalachian pricing began to weaken in October. On the other hand, the Illinois Basin pricing had held quite firm; general spot and contract pricing traded at about the same price level, so there appears to be very little discount in the current market for term sales, according to Marshall Miller.

While the overall consensus among the consultants was for long-term stability, many agreed there would be short-term volatility. Missouri-based Marston said while it believed prices may have peaked – and with production increases it was inevitable lower prices would result – prices would not return to historical lows.

“We project volatility in the near-term [the next two years] for coal prices. We project strong pricing over the next decade that supports investment in new mine development. Such prices must be sufficient to cover cash costs, capital investment and a satisfactory return on that investment,” BOYD said.

“We caution that informed observers of the coal industry need to look beyond price trends and focus on underlying costs. Increased prices, which are offset by equally higher costs, do nothing to improve the economic viability of the coal supply chain.”

Norwest said, “On the longer-term horizon, some softening of the coal markets is likely to occur as short-term supply and transportation bottlenecks are resolved. Foreign competition, particularly for domestic customers near major eastern and Gulf ports, will likely continue to make entry into the domestic marketplace.”

“Considering that the current market has and continues to be affected by many of these factors, I believe that current production and coal sales prices will continue to reflect demand, and thus be resilient to significant price decreases,” a Weir spokesman said.

“The Chinese, Indian and United States economies should continue to expand, transportation issues will continue to be a concern, mining companies will be diligent in capital spending, utilities will focus on compliance strategies and the coal market should remain relatively strong.”

Likewise, Marshall Miller believes outside factors, including staffing, will continue to affect production and prices. “Manpower needs in all sectors will remain a challenge. The industry faces the growing dilemma of decreasing numbers of mining engineers and educators due to retirement, and an overall decrease in the number of students and university programs.”

“The most significant challenge will be properly staffing the industry in the next 10 to 20 years by maintaining positions for miners, engineers, geologists, environmental specialists, hydrologists and seasoned managers. Despite the overall labor concerns, technical improvements and advancements within the industry helped offset segments of the labor shortage. Mergers, acquisitions and consolidation of the industry also provided considerable relief and stability to the manpower issue.

“The above factors require considerable investment and will impact prices; but considering the significant challenges related to the needs of the coal industry, it is difficult to imagine that prices will not increase. I certainly expect to see a softening of prices in the near term [one to three years] followed by a steady and gradual increase thereafter,” Marshall Miller said.

“Due to political instability and trouble in the Middle East, we believe there is more interest than ever in decreasing energy dependence on foreign oil. This is a wild card that has the potential to grow the US coal industry for many years to come as now we are looking at a huge new market potential,” the consultancy said. 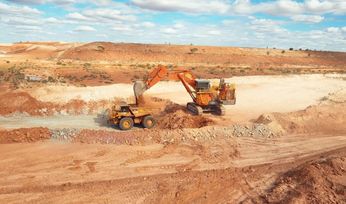 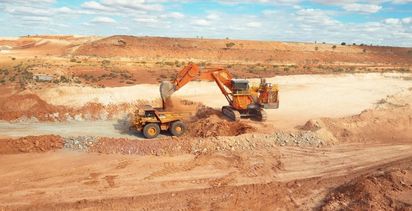