The jury is in

Paul Jury can be excused for feeling a mite pressured. It would be fair to say that he carries the expectations of a number of small companies that were sent to the wall when Nardell Coal Corporation collapsed in February 2003. As managing director of Resource Pacific, he is striving to capitalise on positive sentiment towards the coal industry and make the most of plans to get a longwall operating on the mine.

Coincidentally, Jury was managing director of Nardell and watched as Macquarie Bank – spooked by a falling coal price, an encounter with a block fault zone and an appreciating dollar – put the receivers in. While Jury was not happy with the bank’s decision, he kept faith with the project and managed, in December 2003, to buy it from Macquarie.

“The place never really had a place to shine,” Jury said. “It was quite successful in establishing itself as a mining operation and opening markets to east Asian steel mills.

“Just as it was starting to get its bord and pillar operation going, the price turned, at the same time the Australian dollar was growing in value.”

His decision to buy proved fortuitous, with the coal price starting to strengthen in January 2004. Jury bought the mine for a good price too – just $5.7 million – considering about $55 million had been spent on developing the greenfields underground operation.

Jury said the mine was reopened in April 2004. “We managed to keep ourselves alive from a cash flow perspective through to November [2004] when we concluded the IPO,” he said.

That initial public offering brought $44 million to the company’s coffers and allowed it to get cracking on development work. However, the capital raising did not bring in enough to fund Jury’s dream of turning the mine to a longwall operation. In 2005, the company raised $180 million in debt and equity to pay for the longwall equipment and a 3500 tonne per hour conveyor system.

About two thirds of the Nepean Conveyors-built system was installed during a three-week shutdown over Christmas. Jury said the remainder of the installation would occur as the mine development work progressed.

The longwall machinery is due to be in place and operating by January 2007. If that comes to pass, the 900,000t per annum bord and pillar operation’s output will increase to 4.2Mtpa.

Newpac has a resource of 255Mt and a reserve of about 74Mt. With the longwall operating, that means a mine life of about 20 years.

“Our mine life will probably be 30-40 years with those other seams factored in. It’s a world-class deposit because of its size, quality and geology,” Jury said.

That Resource Pacific is exploiting a “world class” deposit is impressive, considering there has already been considerable openpit mining above the Newpac underground workings.

Those old openpit workings have also proved a boon for the company. Jury explained the old mine workings had given the company a lot of geological certainty. “As they went along they mapped all the faults and dykes,” he said.

With that knowledge in hand, Jury is confident the company has negotiated its last major impediment: a block fault zone, the very fault that spooked Macquarie. The company made its way through that fault zone in December.

With a fine geological outlook, Resource Pacific’s other main concern is shoring up long-term customers. Jury said Resource Pacific had only finalised contracts for about 30% of its production. “We need volume sales for our cash flow,” he said.

This has, in part, caused Resource Pacific to take a bit of a price haircut this year. Last year the company was getting mid-$US60/t prices, while its latest contracts have moved down to the mid-$50/t levels.

“We’re in the position of trying to build up long-term offtake contracts. We don’t have the market power at this stage,” Jury said.

However, India’s second-largest coke producer Gujarat NRE Coke has shown its faith in the project buying 6.5 million shares for $A8.1 million last year. It has also agreed to buy 500,000tpa of semi-soft coking coal a year for 10 years.

While there is a considerable potential production boost for Resource Pacific from taking the longwall option, there is also a perception that the company is taking a big risk. When the longwall is operational that will be Newpac’s main production source.

Analysts say the company is at risk of putting all of its eggs in one basket, given that longwalls can be temperamental things – look at what happened with Austral Coal’s Tahmoor mine [now operated by Centennial Coal].

Jury said the company would also have its bord and pillar operations, which are being conducted away from where the longwall will be put to work, to sustain it in a worst-case scenario. “It can become a two-mine operation without much more capital expenditure,” he said.

However, mining that bord and pillar operation will not fully cover a longwall failure. In a recent report Citigroup analysts Brian Warner and Jonathan Battershill write: “Once the longwall is operating, sufficient reserves in the north west block exist to allow bord and pillar mining to be undertaken in conjunction with longwall mining. However, this has the potential to only partially mitigate the risk of relying on a single longwall operation.”

They speculate, though, that Resource Pacific could buy additional coal leases.

Jury said the first parts of the longwall were due to arrive on site in March with the full machinery to be in place and commissioned by the end of the last quarter of 2006. First production from the longwall is due in January 2007.

Another thing weighing on Jury’s mind is the risk of a cost and time blow out in above-ground works being conducted by Roche Mining to construct a coal handling and preparation plant. Recent news that Excel Coal was facing a capital overrun of about $65 million on the coal handling and preparation plant at its Millennium operation will have only added to any unease he might be feeling.

Jury, however, remains confident: “Roche has given us an undertaking that the work will be done on time and on budget.”

While the outlook seems positive now...click here to read on.

A SUPREME Court judge has discharged a second jury after it was unable to reach a verdict on tax fraud... 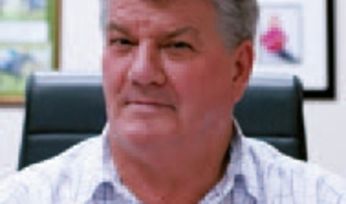 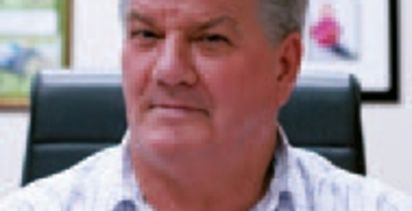