Up to 57 missing in Chinese mine

FIFTY-seven miners have been trapped in a flooded pit in north China's Shanxi Province since Thursday night, after they were mining in a coal seam beyond the mine's approved limits and the shaft flooded.

The accident occurred at 8.30pm local time at Xinjing coal mine in Zuoyun County, northern Shanxi, when a total of 145 miners were working underground.

According to official news agency Xinhua, 101 miners managed to escape; however, the exact number of those still missing has been confused by mine management, who have been accused of trying to cover up the incident.

Managerial staff tried to ship out relatives of the trapped miners in rented taxis, hoping to send them to the nearby region of Inner Mongolia to prevent them talking to media or rioting, Xinhua reported.

Initial reports of the incident said 44 miners were missing, although it is now believed up to 57 are trapped in the flooded pit.

Police have detained nine mine managers but the owner of the mine has gone into hiding and has not yet been located.

Director of the State Administration of Work Safety Li Yizhong visited the scene and said the miners were working in a coal seam beyond the mine's approved limits and the mine was producing above its approved capacity of 90,000 tons, having mined 130,000 tons between March 2 and May 18.

Yizhong called for more pumping facilities to be sent to the mine to speed up the removal of water from the flooded pit, hoping to increase the chance of survival for the trapped miners.

As of late Sunday it was not known if the miners were dead or alive.

Worker missing after fall of ground at undergound mine 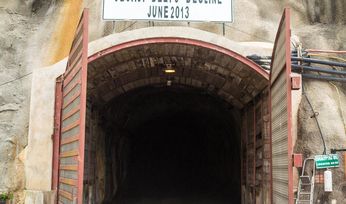 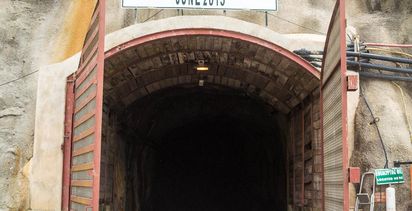