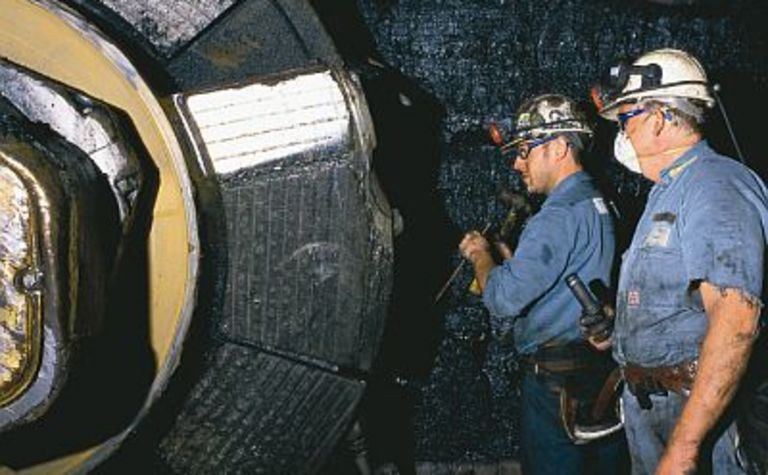 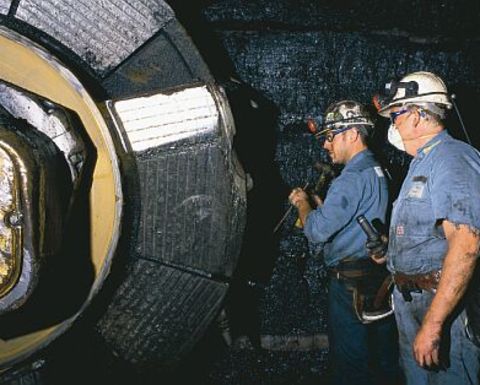 As longwall panels get deeper, this generates a heavier loading environment around the longwall face, particularly at the mid-face area and also in the tailgate roadways, said mine geotechnical engineer Adrian Moodie.

“With the progressively deeper mining, the background loading environment has become such that the face often sits on or close to yield and thus has roof convergence occurring,” he said.

“As such, any weak strata area or additionally elevated load, perhaps from a cyclic weighting, can easily cause roof deterioration and cavities across the face.”

This normally manifests firstly as guttering through roof convergence and inducement of horizontal stress in the roof from the bending of strata layers.

Without constant retreat rates and use of double chocking and sprags, this guttering easily forms into cavities, often incorporating the thin MP20 sandstone layer that overlies the seam.

This sandstone often forms strong, large blocky pieces that create blockages and delays for shotfiring if they cannot be controlled through the supports or when large tip to face distances are formed.

The very weak immediate roof overlying the Goonyella Middle seam, above which strong and sometimes thick sandstones units exist, contributes to the formation of these cavities.

Moodie said this was particularly so for longwalls 104, 105 and now longwall 106, where large areas at depth are additionally influenced by the Goonyella Middle Rider seam split.

Geotechs have learnt that when the rider seam is diverging from the top of the Goonyella middle seam (mined seam), significant weaknesses develop in the immediate roof.

“Shears and slickensided surfaces are often seen on cores or roof fall material at the rider seam contacts,” Moodie said.

The critical zone for this rider seam divergence has been indicated from the routine mapping of yielding, soft roof and cavities by the longwall face supervisors and geologists. From this it is clear that when the rider seam is within 2-3m of the cut roof, the potential formation of cavities rises rapidly, he added.

This is thought to be due to the fact that below 2m, the supports are able to actively influence and control deterioration of these weak contacts, even with increased loads, and above 3m approximately the rider seam is distant enough to not routinely initiate failure of the 1m coal roof beam.

Moodie said, the best method of control for this was consistent retreat rates and good operational control, combined with a high maintenance regime for good system health (legs, sprags, etc).

The operational control involves double chocking and setting sprags to close up the cavities and control the sandstone blocks, and maintaining as high as possible powered support set pressures.

“On a 300m block they don’t expect a cavity to exist end to end, the workforce expect it to be in one part. We’re training the operator to focus on just that part, which is not the purist approach but one that comes from experience.”

When set pressures are lowered to reduce the supports cantilevering, positive set must be restored as soon as roof control is regained.

Sometimes where the face has also been significantly loaded and has deteriorated to form large tip to face distances, PUR is used in multiple overlapping cycles until positive set (400BAR) can be returned to the chock legs. 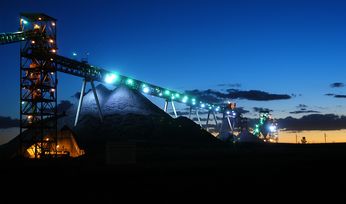 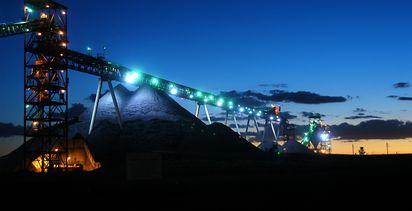